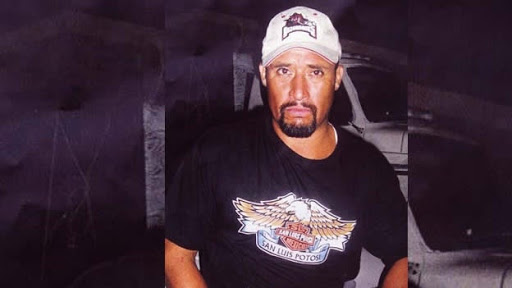 Anastasio Hernández Rojas was a long-time San Diego resident. He had children, and a loving wife. He was a construction worker, and his friends described him as fun and jovial.

On May 28, 2010, Anastasio Hernández Rojas was beaten, tortured, and suffocated by border agents until he stopped breathing.

He was revived and remained on life support for several days.

On May 31, 2010, Anastasio Hernandez Rojas died as a result of the violent injuries and damage sustained at the hands of U.S. Customs and Border Protection (CBP) agents.


Anastasio’s case is the first case alleging an unlawful killing by law enforcement opened by the IACHR against the United States.

Anastasio’s story is a story of the horrors of the militarization of the southern border, but it’s also the story of how the border community has struggled for justice. Because of the egregious miscarriage of justice by the U.S. criminal justice system, the case was accepted by the Inter-American Commission on Human Rights (IACHR), a full six years after Anastasio’s death.

This rare opportunity is one not afforded the many other lives lost to border, like 7-year-old Jakelin Caal Maquin, 8-year-old Felipe Alonso-Gomez or 16-year-old Juan de Leon Gutierrez. Border militarization, the way by which the southern border has been turned into a mock warzone — complete with border agents masquerading as soldiers toting assault rifles and donning tactical gear, the violent and deadly border wall and the policies that allow this to happen — has ravaged our region for decades.

Turning the region we call home into a warzone doesn’t make us safer. In fact, it leads to more violence, corruption and even death. We can’t afford to continue with harmful enforcement-only policies that militarize our communities. We need a New Border Vision that expands public safety, upholds human rights and welcomes all people to our borders.

For Anastasio, justice was denied.

Although the FBI decided to investigate the incident following the release of eyewitness video, they ultimately declined to prosecute, despite eyewitness evidence and clear obstruction of justice on the part of Customs and Border Protection (CBP). CBP not only dispersed witnesses at the incident, they disappeared government video footage and impeded the investigation.

This has been the case for many incidents of brutality at the hands of border agents. Since January 2010, at least 111 people have died as the result of an encounter with U.S. border agents. Many more have been brutalized, in some cases causing life-altering injuries. This number does not include the countless people pushed out to the harsh wilderness by deadly walls and border agents.


Border militarization has a long history.

Since the 1990s, border militarization has claimed the lives of thousands of people. They have perished at the hands of unaccountable agents, deadly walls that pushed desperate people seeking safety to the harshest wilderness. The long legacy of militarization at our borders has existed under the watch of both Democratic and Republican presidential administrations alike. Learn more about the history of Operation Gatekeeper, the program that kicked off modern militarization at the southern border here.

On March 29, 2016, the family of Anastasio Hernández Rojas, represented by Alliance San Diego, a member of the Southern Border Communities Coalition, and international law experts from the University of California, Berkeley International Human Rights Law Clinic filed a petition with the Inter-American Commission on Human Rights (IACHR) in Washington D.C. The petition follows six years of failure to hold CBP agents accountable for killing Anastasio.

One year later, on May 10, 2017, the IACHR announced that it would move forward with the case, giving the United States government the opportunity to respond to allegations of extrajudicial killing, torture, and obstruction of justice.

Counsel from Alliance San Diego and the Berkeley International Human Rights Law Clinic with Anastasio’s brother on the day their petition was filed.


"Not only was Anastasio's life taken, but an inadequate investigation was conducted: CBP had control of the crime scene for several hours, evidence was destroyed, eyewitnesses were dispersed,” said Roxanna Althoz, associate director of the UC Berkeley Law School’s International Human Rights Law Clinic, Alliance San Diego’s co-counsel in this case. “The U.S. government thought it could sweep this horrific crime under the rug by closing the criminal case. Now, we look to this Commission shine the international spotlight on the agency's lack of oversight and accountability and identify the reforms necessary to end impunity for this agency."

The Trump Administration responded, arguing that the IACHR did not have jurisdiction to hear the case. In response, Anastasio’s family asserted that IACHR did indeed have the authority to decide this case.

Throughout the case, which has forced Anastasio’s family to rehash the painful loss of their loved one in the name of justice, not only has CBP continued to operate within their culture of violence and impunity, but President Trump has continued to grant them billions of dollars in funding. The over-bloated budget for militarization doesn’t stop there — in 2019, Trump went so far as to raid military funding in obsession with building his wall, and in 2020 CBP used funds allotted for the health and safety of migrants in detention to buy dog food and riot gear.

The cost of militarization is high.

The militarization of the southern border region isn’t only deadly, it pilfers money and resources that could be used to revitalize the region instead.

In 2020, congress authorized $1.375 billion dollars for the construction of an additional 69 miles in the Laredo sector. However, the Trump administration went around Congress and illegally transferred an additional $7.2 billion dollars in 2020 from the Department of Defense and from funds to be used for military construction ($2.5 billion from the Department of Defense; $3.6 billion from the military construction funds) to continue to build the border wall.

A vision of justice is on the horizon.

In August of 2019, Alliance San Diego hosted the Inter-American Commission on Human Rights during their visit to the southern border region as part of their investigation of Trump's inhumane border policies. The IACHR interviewed Maria Puga, Anastasio’s wife, about the events and impact of Anastasio’s killing. 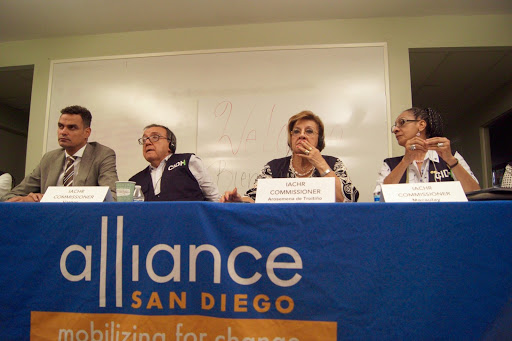 Members of the IACHR listen to testimonies on violent and inhumane border policies. 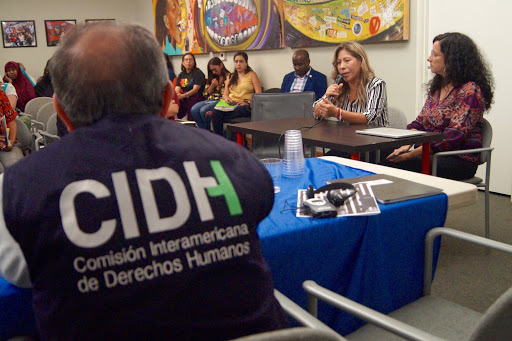 On May 28, 2020, Anastasio’s family marked the 10th anniversary of the incident that led to his death a few days later. The family awaited a decision from IACHR to decide the jurisdictional question and advance to the merits stage of the case.

After a year of deliberation, the IACHR found it has authority — over the objections of the Trump Administration — to decide Anastasio's case on July 23, 2020. The outcome of this case could set a precedent for other cases against border authorities and police who have killed with impunity.

“More than 10 years have passed since my family’s life was completely upended by the killing of Anastasio, my husband and the father of my children, at the hands of border agents,” said Maria Puga, wife of Anastasio. “This case before the Inter American Commission on Human Rights represents progress towards justice for Anastasio but also for all of the victims of Border Patrol. This deep wound remains open, and it hurts even more to see that more people are dying not just at the hands of border patrol but also at the hands of police. It is unacceptable that following the death of my husband, more than 110 people have died because of the actions of border agents, without any of the agents being held accountable. We are tired and desperate. This violence with impunity against our families must end.”

The case will now move on to the merits stage during which Anastasio’s family will have the opportunity to argue that the United States government failed to comply with its human rights obligations and request expert and witness testimony during public hearings. 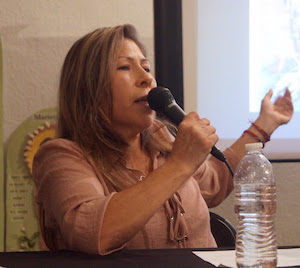 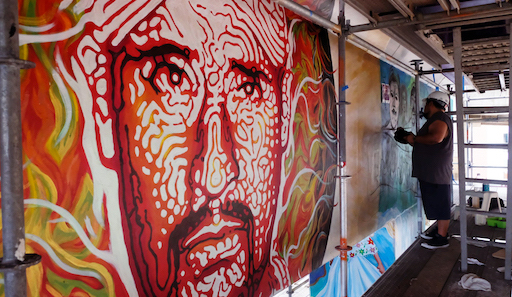 Art is a form of resistance.

Art has always had a place in making change and the struggle for justice. Few things speak to present and future generations more powerfully and vividly than art. The Anastasio Hernández Rojas Mural Project, led by master muralist Victor Ochoa, seeks to honor the life of Anastasio through a mural at historic Chicano Park.

Learn the stories of others lost to border militarization.

As horrific as it is, Anastasio’s case is only one of many. Learn about other victims of border militarization below. 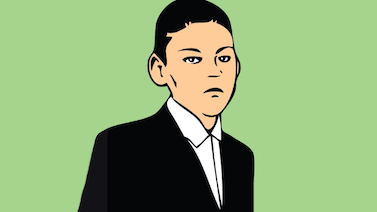 Sergio Adrian Hernandez-Guereca, 15 year-old Mexican resident shot by CBP while standing on the Mexican side. 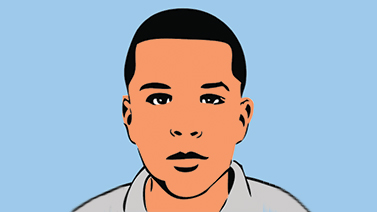 Jose Antonio Elena Rodriguez, 16 year-old Mexican resident shot in the back after an alleged rocking incident with CBP.