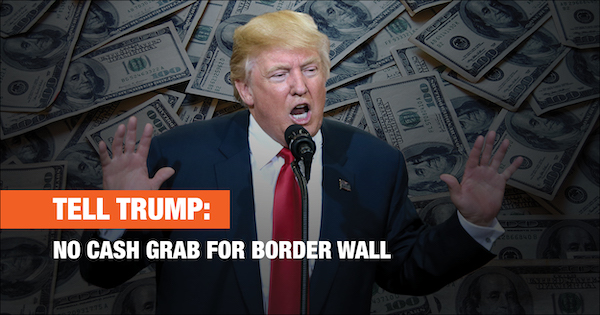 Add Your Name: Tell Trump, NO WALL, NO EXCEPTIONS--Open the Government NOW!

Tell Trump to stop holding the government hostage for his deadly wall! 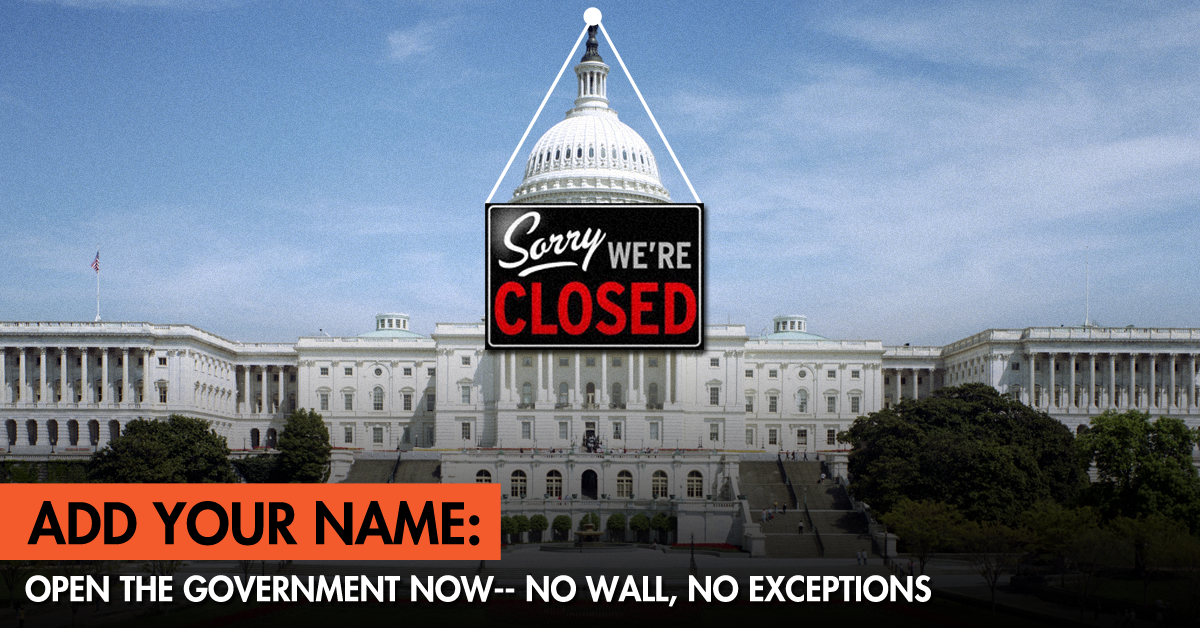 Tell Congress: Don’t Give In To Trump’s Shutdown! Not a Single Penny For The Wall!

Join your voice with the millions of people in the Southern Border and tell Congress not to be bullied by Trump and his threats to hold the government hostage for the wall. 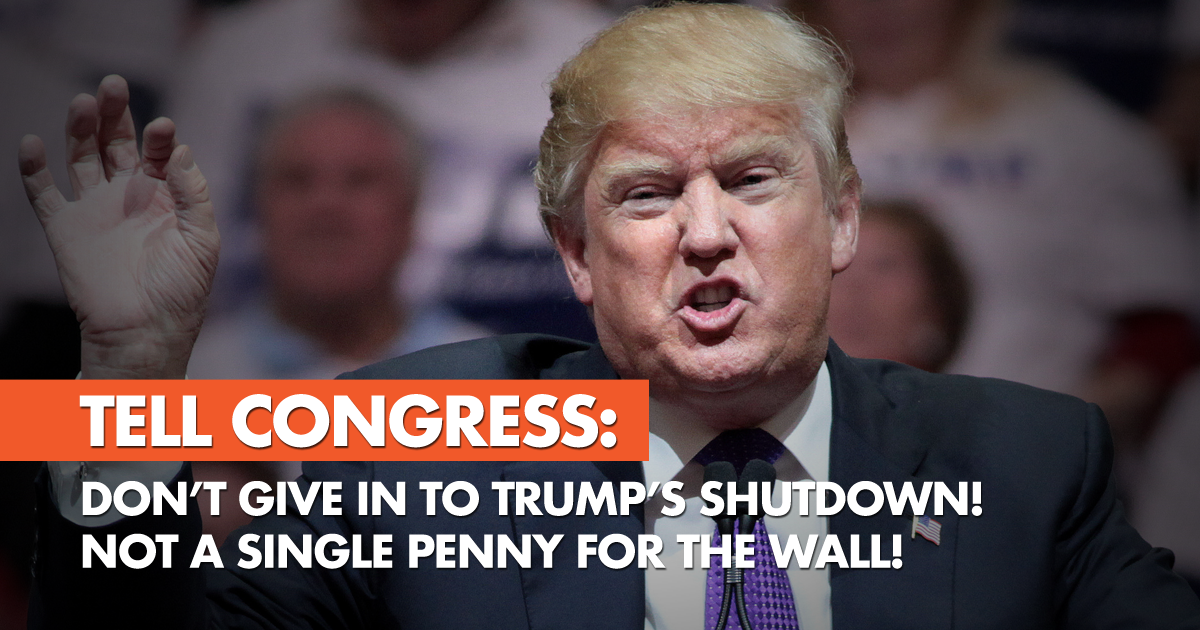 Sign this petition and tell Congress to support body-worn cameras for ICE and CBP, which includes Border Patrol!! 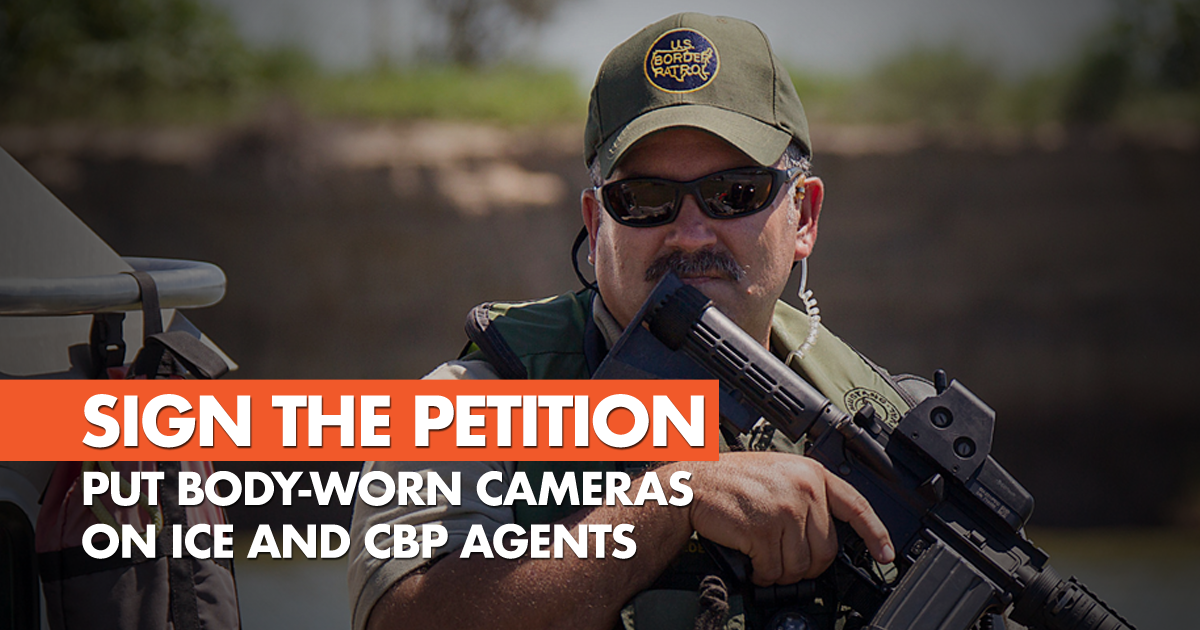 NO TROOPS IN THE SOUTHERN BORDER

SIGN THE PETITION and tell Trump that you oppose sending the National Guard to the southern border region. We DO NOT NEED MORE BORDER MILITARIZATION TO FEED HIS ANTI-IMMIGRANT AGENDA. 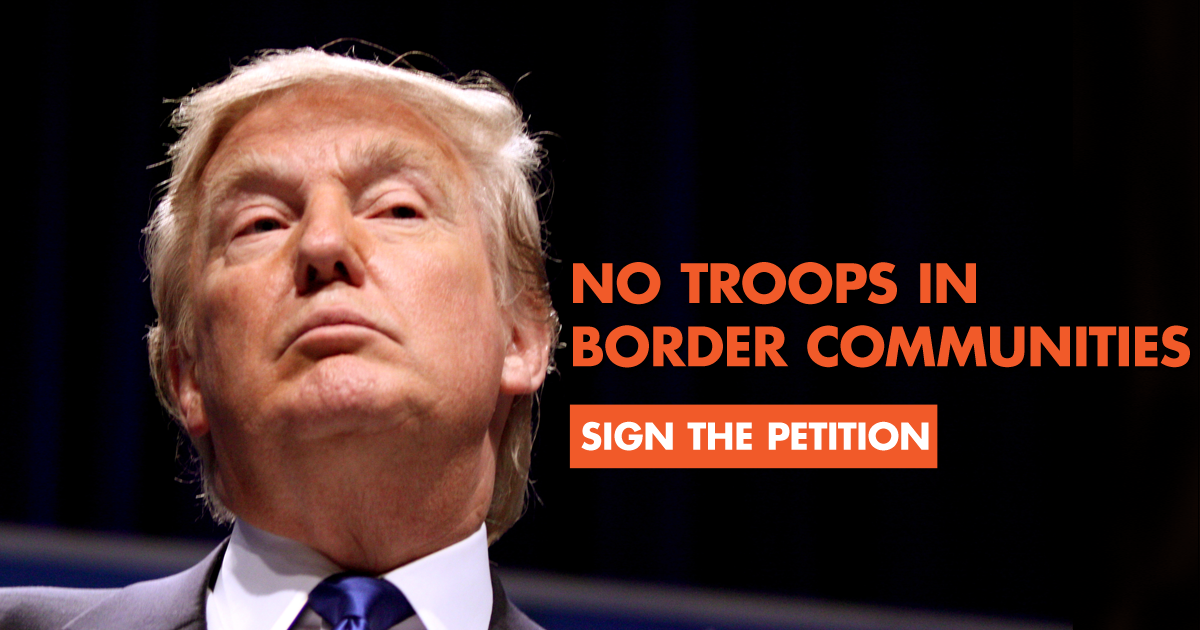