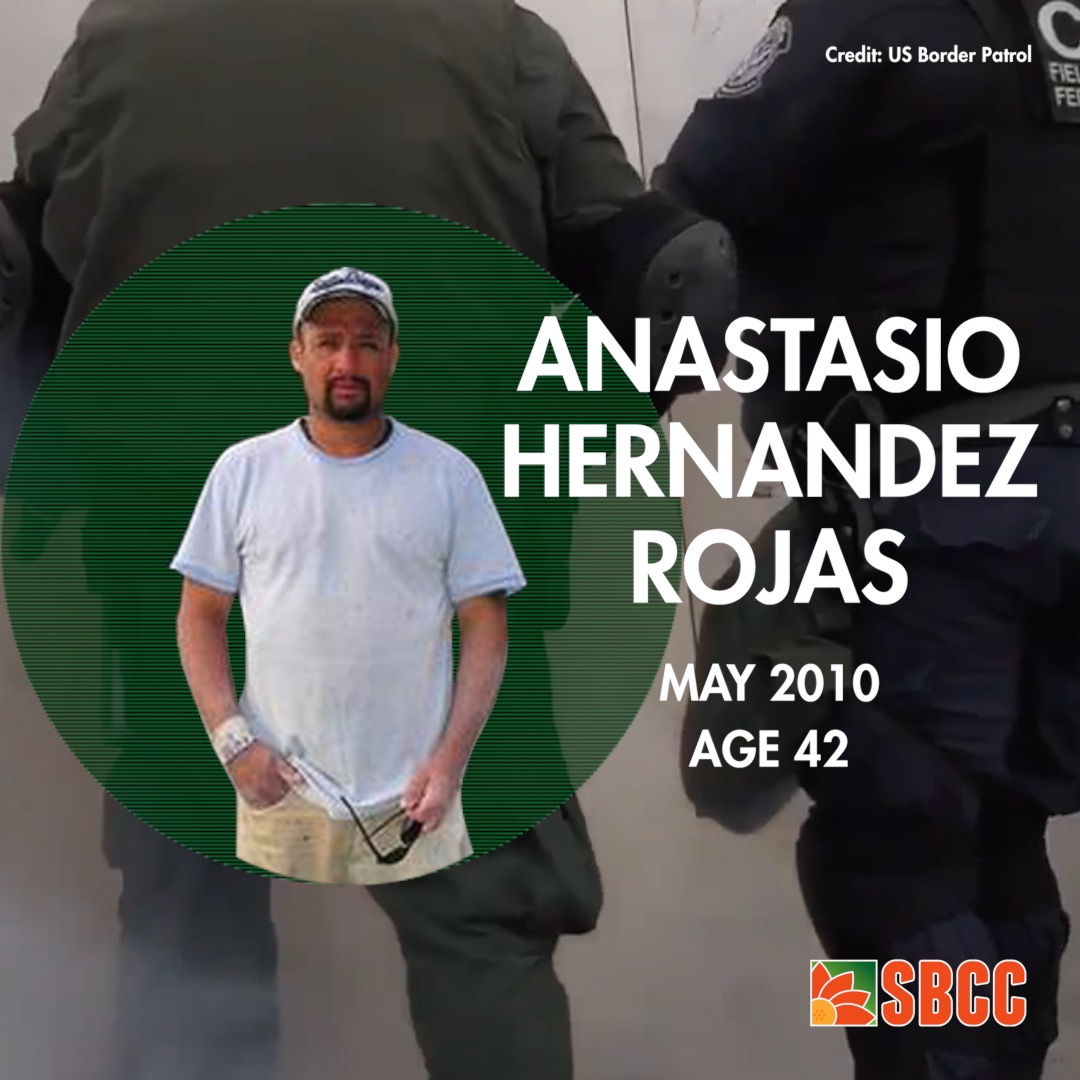 On the ninth anniversary of the brutal death of Anastasio Hernandez Rojas at the hands of U.S. Customs and Border Protection Agency (CBP), The Southern Border Communities Coalition remembers him and the many lives lost to their deadly policies and protocols.

Since January of 2010, Border Patrol has been involved in the deaths of over 80 people, including those of children, such as Jakelin Caal Maquin, Felipe Alonso-Gomez and even a two-year-old toddler. Many more have been brutalized, in some cases causing life-altering injuries.

CBP’s lack of accountability and oversight and its culture of violence must be stopped. We must move from the deadly enforcement-only policies of the past to a modern, human-rights first approach to border governance, one expands public safety, protects human rights, and welcomes people at our borders in a manner consistent with our national values and global best practices. We need A New Border Vision to lead us to good border governance for the 21st century.

Check out our video naming those killed by Border Patrol below.