The Inter-American Commission on Human Rights (IACHR) announced on May 10, 2017 that it will move forward with the case, and has given the US government three months to respond to allegations of extrajudicial killing, torture, and obstruction of justice. This is the first case alleging an unlawful killing by law enforcement opened by the IACHR against the United States.

Click here to learn more about this historic decision.

On March 29, 2016, the family of Anastasio Hernández Rojas, along with international law experts from the University of California, Berkeley International Human Rights Law Clinic and advocates with the Southern Border Communities Coalition filed a petition with the Inter-American Commission on Human Rights in Washington D.C. The petition follows six years of stalled investigations and failure to hold U.S. Customs and Border Protection agents accountable for killing Anastasio. Click here for the response brief from March 2018 (DOWNLOAD).

Click here to see photos and videos of the petition delivery to the Inter-American Commission on Human Rights.

Who was Anastasio Hernandez Rojas?

On May 28, 2010, Anastasio Hernandez Rojas, a longtime resident of San Diego, was brutally beaten, shot with a Taser and killed by border agents at the San Ysidro Port of Entry. UPDATE: His family has recently settled with the U.S. Government over their civil lawsuit.

An eyewitness recorded the incident and the video became international news, calling into question the brutality of (CBP), which has long been alleged to abuse residents of southern border communities. The video captured the scene of over a dozen officers surrounding Anastasio who was handcuffed and hogtied face down on the ground while he was beaten and shot with a Taser five times. The Medical Examiner’s Office ruled Anastasio’s death a homicide (AUTOPSY REPORT) and experts have described the incident as torture.

Two years after Rojas’ murder, footage was released and aired nationally on PBS’ Need to Know. After the show aired, the Southern Border Communities Coalition (SBCC) traveled with Anastasio’s family to Washington, D.C. to meet with members of Congress and ask for their help in pursuing justice not only for the killing of Anastasio, but the killings of other border residents. As a result of this advocacy, 16 members of Congress sent letters to the Department of Homeland Security, the Inspector General and the Department of Justice expressing concern over Anastasio Hernandez Rojas’ death, which prompted further investigation. 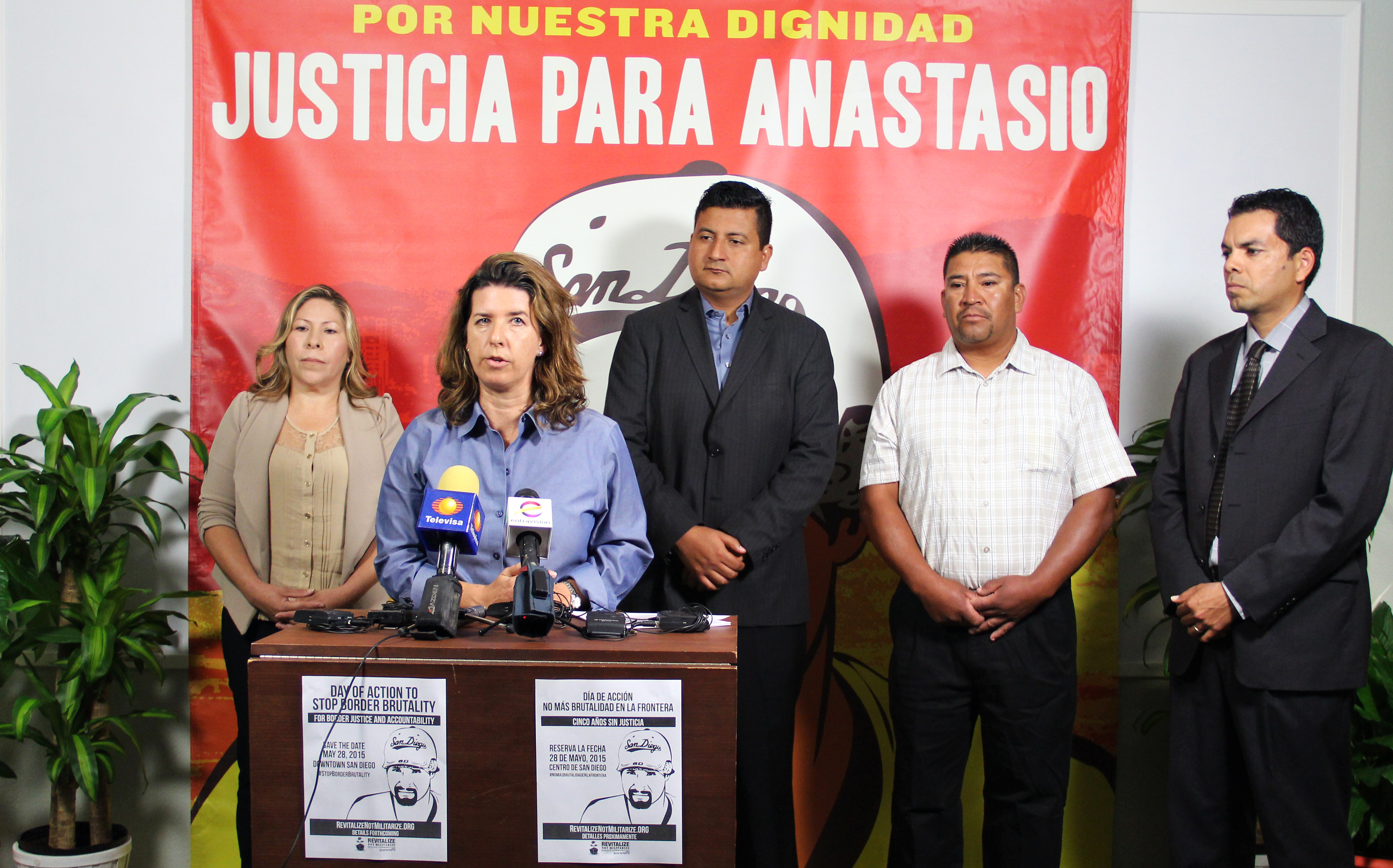 Click here to see a full album of pictures.

In a shocking turn of events in the case of Anastasio Hernández Rojas, the Department of Justice (DOJ) announced on November 6, 2015 that they will not prosecute the agents involved in his death. The DOJ cited a lack of evidence to meet the standard for federal criminal prosecution. Despite eyewitness testimony and video, DOJ concluded they were unable to prove, beyond a reasonable doubt, that the agents committed homicide or civil rights violations.