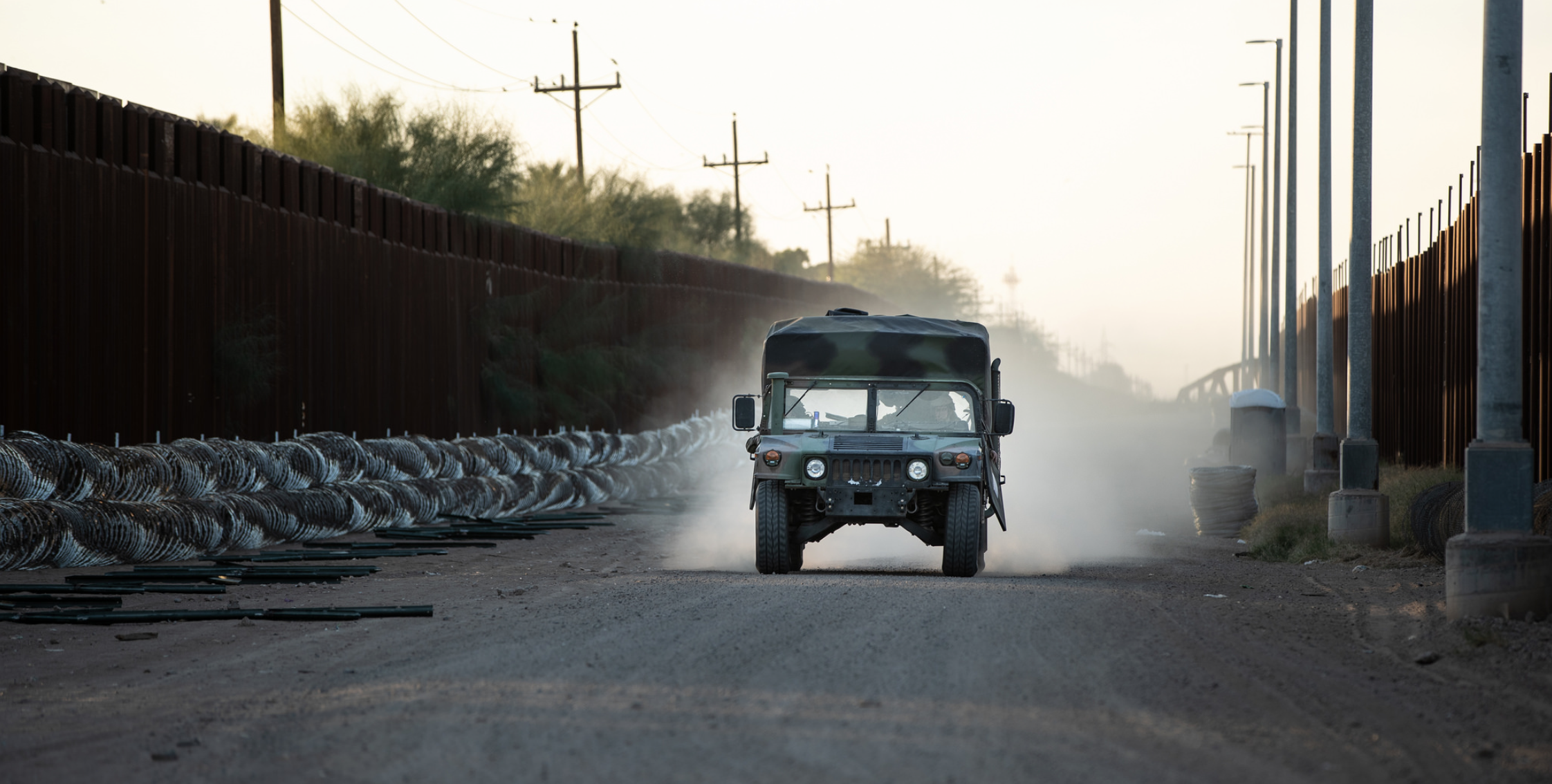 Living in the Southern Border region--one of the most diverse, economically vibrant, and safest areas of the country, home to about 15 million people--we've seen decade after decade, policymakers push to militarize our communities with policies that erase the civil and human rights and quality of life of those of us who live, work and travel through the borderlands. Now President Trump wants to finish building a border wall, further endangering people, communities, and the environment. Meanwhile, we know that #WallsDontWork, and here are 10 reasons why: 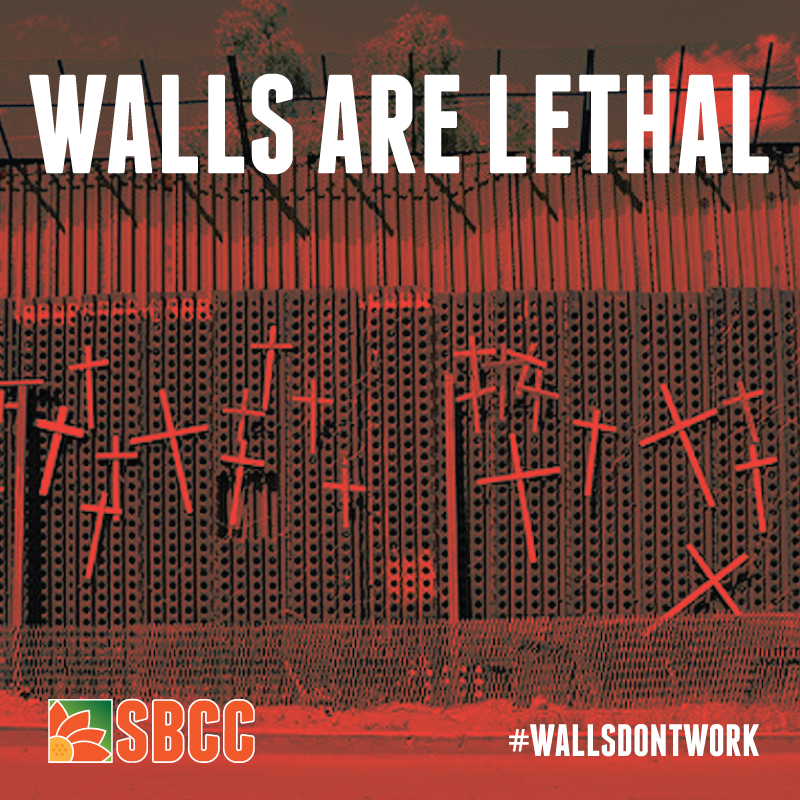 1. Walls are lethal. As of 2017, approximately 700 miles of walls (fences, barricades, levees) have been built across the southern border. These walls have forced people to cross in more remote locations in extremely harsh environments, placing them at greater risk for injury and death. Since 1994, when the first wall was built near San Diego under Border Patrol’s Operation Gatekeeper, the remains of more than  7,800 migrants have been found in remote areas of the southern border. However, not all remains are found, and experts estimate that this reflects only a third of the estimated migrants who lost their lives attempting to cross the border. 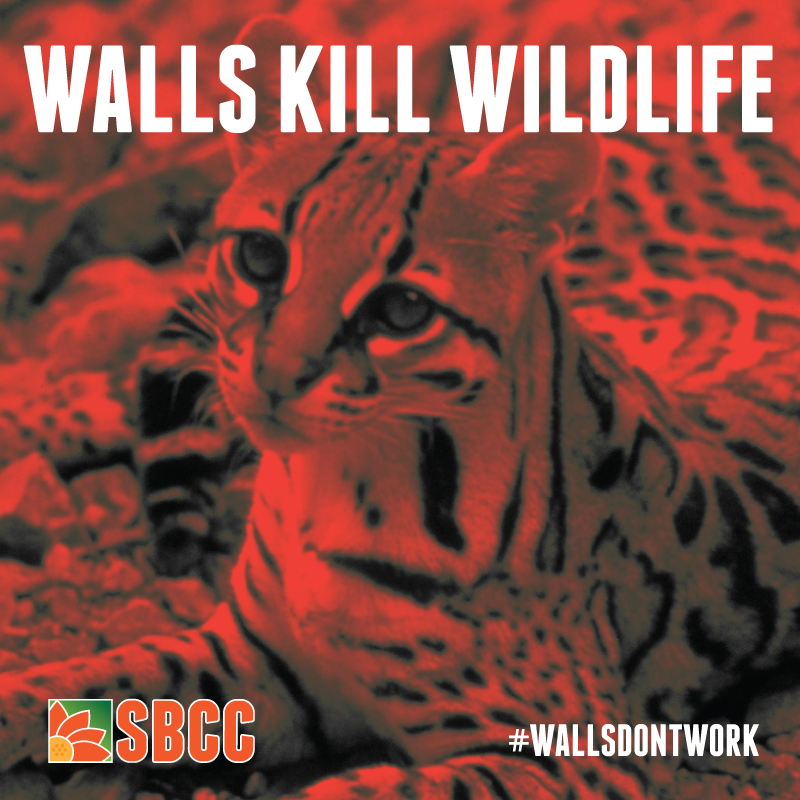 2. Walls kill wildlife. Any kind of physical barrier at the U.S.-Mexico border interferes with the migration patterns and access to food and water of wildlife -- many of which are endangered and protected species, like the Mexican grey wolf, ocelot, bighorn sheep and the jaguar. More than 2,500 scientists from 43 countries signed on to a study that illustrates the harms to wildlifeand the environment that would be generated by Trump’s vanity wall. Even birds will be affected, like the cactus ferruginous pygmy owl which cannot fly higher than 4.5 feet and would be unable to clear Trump’s proposed 18- to 30-foot wall. 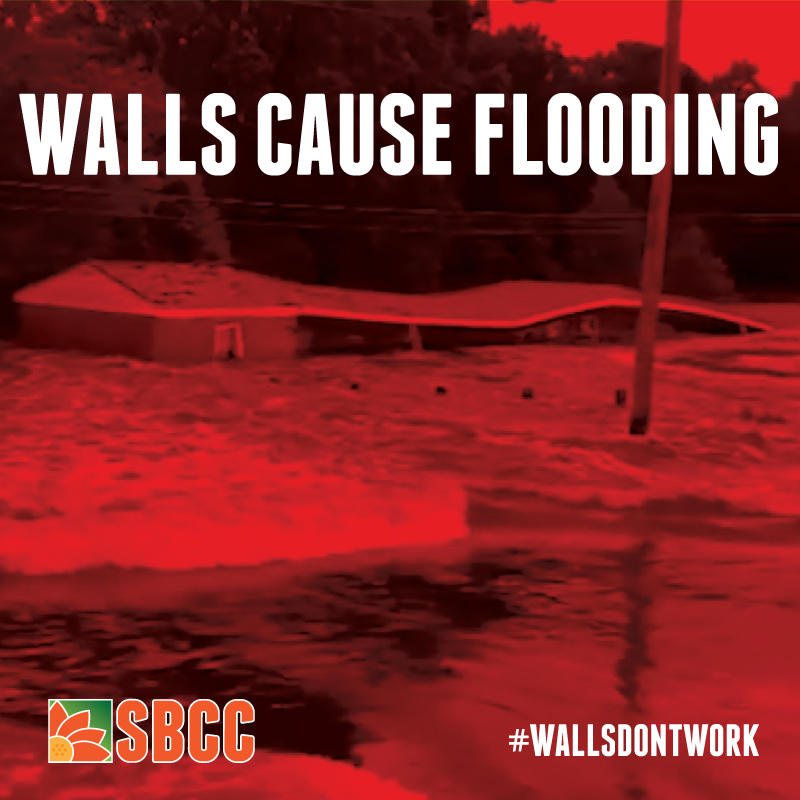 3. Walls cause dangerous flooding. Border walls and infrastructure have exacerbated flooding in Arizona and Texas, causing millions of dollars in damage to the environment and local businesses and endangering the lives of border residents. In 2008, a year after a National Park Service report warned the Department of Homeland Security (DHS) that the border wall would cause flooding, two people drowned in Nogales from flooding intensified by the wall along the Arizona/Sonora border. A few months after this flood, a similar warning was issued by Customs and Border Protection (CBP) contractors about building a wall in Starr County, Texas. “Mitigating the impacts of flooding from the U.S. side of the border is unattainable,” they noted, adding that “The risks associated with the potential flooding on the Mexican side of the fence could range from minor property damage to the loss of life.” Yet, as a result of border wall funding in the DHS Fiscal Year 2018 budget, CBP is moving ahead with building a wall that would place the lives of residents in Rio Grande Valley, Texas community of Roma at risk. 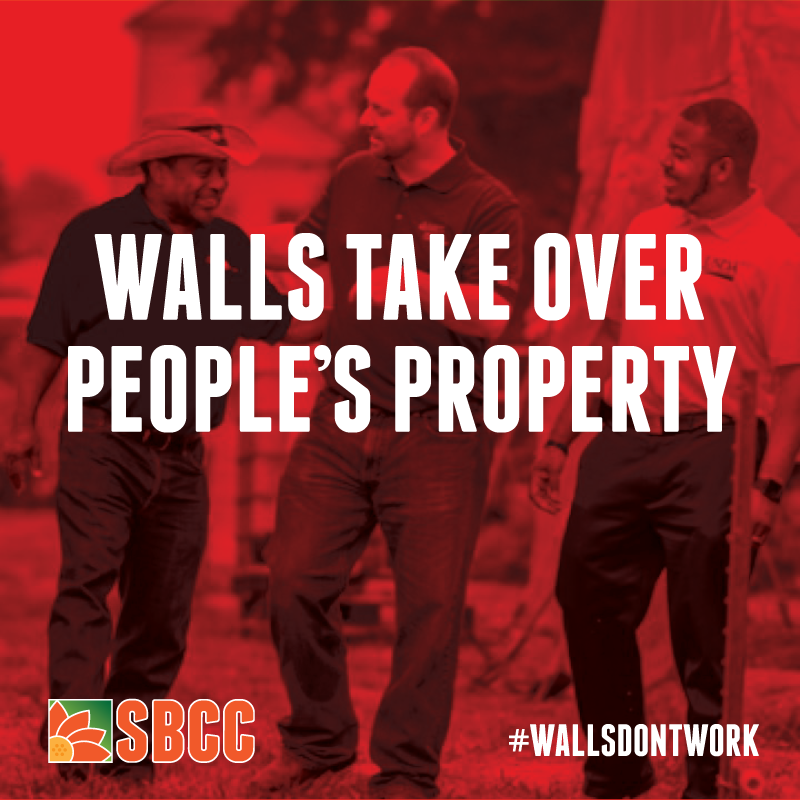 4. Walls stomp on the rights of private landowners. Border walls are built anywhere from a few feet up to a mile away from the actual international border line, resulting in a large government land grab that strips private landowners of their lands. Many landowners in South Texas have owned their ranches, farms and homes for more than two centuries, and have relied on access to the Rio Grande River for their crops and cattle. Trump’s vanity wall would sever this access, jeopardizing  their safety, livelihood, and way of life. 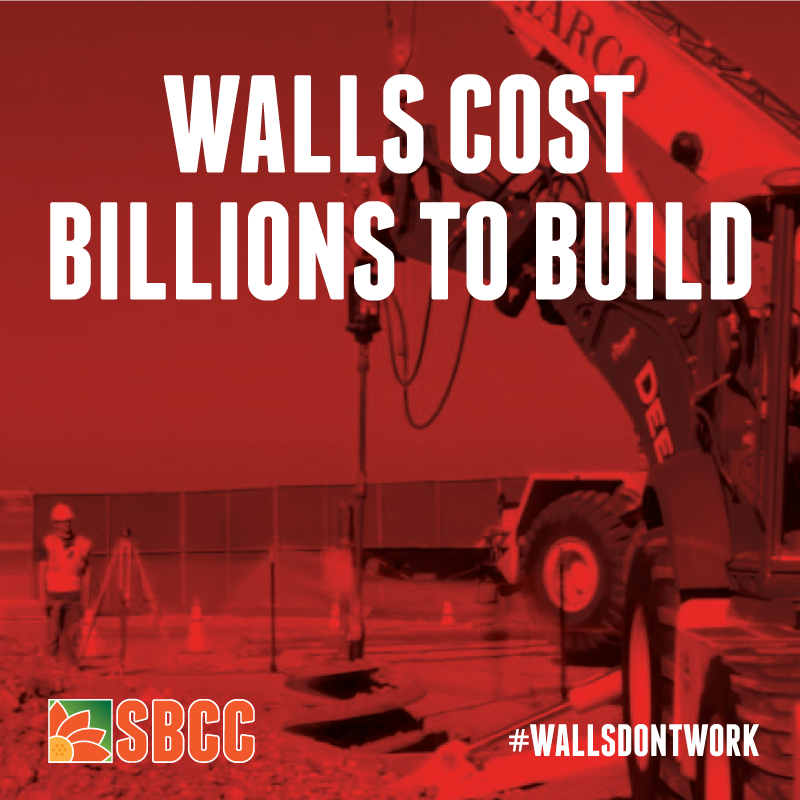 5. Walls cost billions of tax dollars to build. While the administration had asked in January 2018 for $18 billion to build hundreds more miles of border wall over the next decade, a recent report by the Government Accountability Office suggested that there is no way to verify wall construction costs because estimates do not not fully account for varied, and sometimes extreme, terrain along the borderlands, and how this could play a role in costs. Another report suggested the costs of building Trump’s border wall could rise up to almost $70 billion, or more than $200 for every man, woman and child living in the United States. 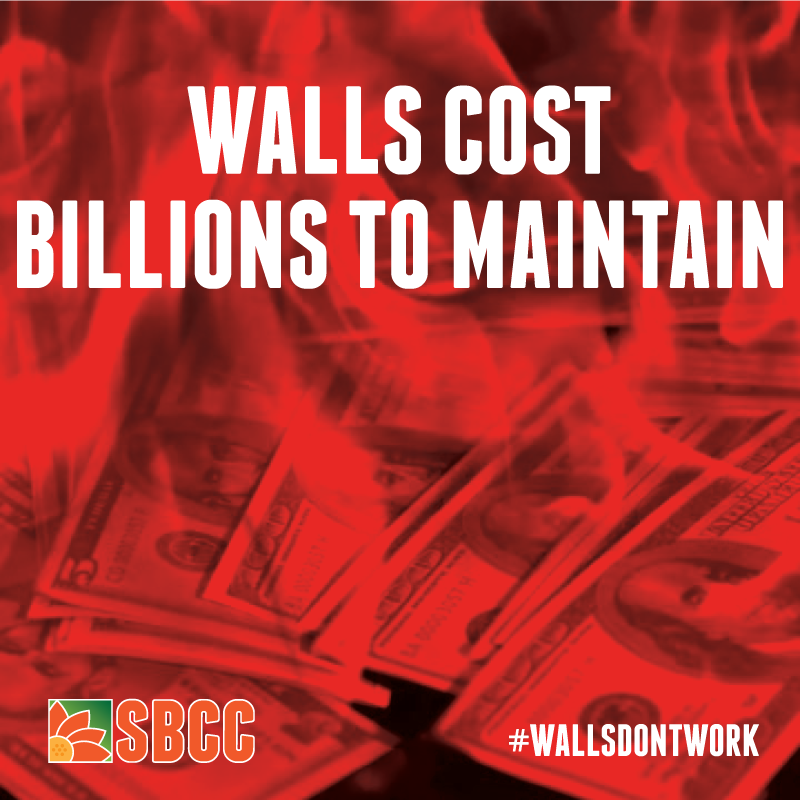 6. Walls cost billions of taxpayer dollars to maintain. No physical structure is immune to natural wear and tear caused by exposure to the elements over the years. One study estimated costs, based on current costs of maintaining the wall, could reach $150 million a year - that’s billions of more dollars needed that our children will have to pay for. This figure does not include the costs for repairing walls that have been breached or damaged by other causes. 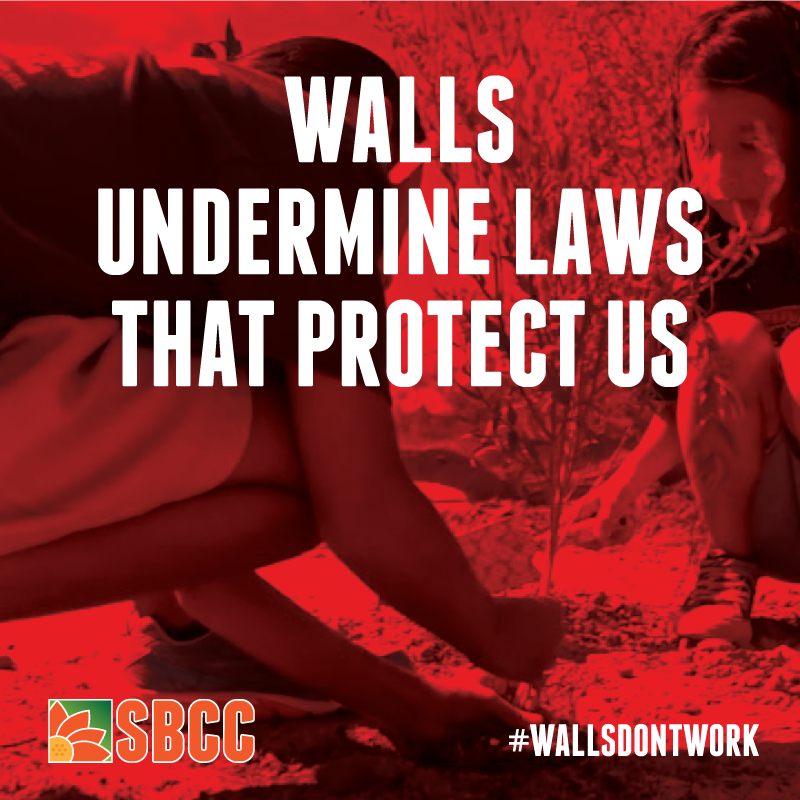 7. Walls erode the rule of law. The U.S. government undermines its laws when building border walls by circumventing local, state, and federal laws passed by elected officials to protect the environment, wildlife, public health, cultural and natural resources. More fundamentally, the government is eroding laws put in place to protect us from government overreach. Under the 2006 Secure Fence Act, the DHS Secretary was allowed to waive dozens of environmental and health protections to build almost 700 miles of border wall. Trump continues to exploit this precedent to unilaterally (and possibly illegally) waive these laws to speed up the construction of new or replacement walls. 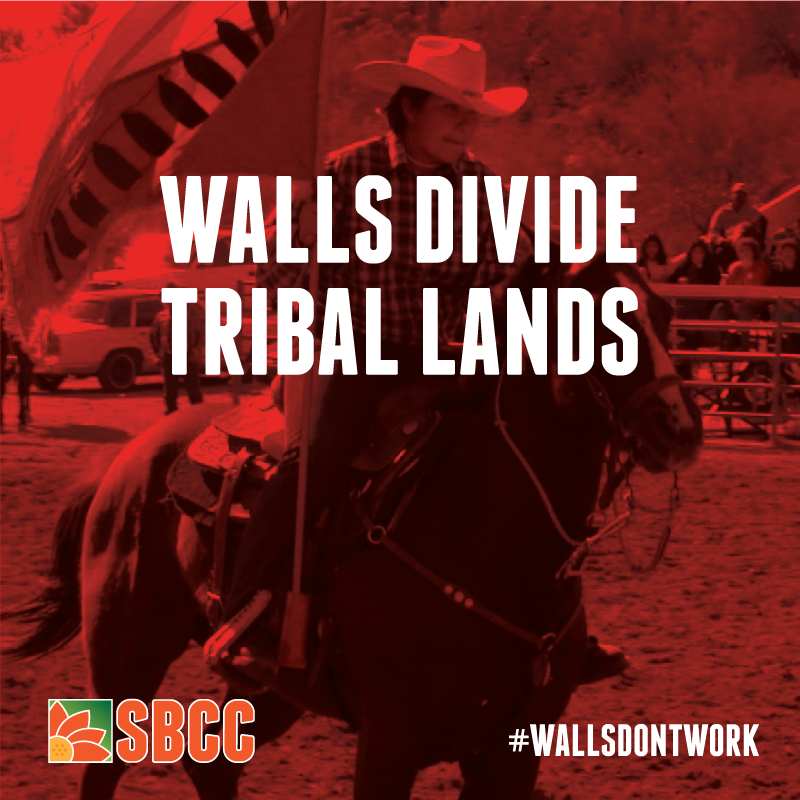 8. Walls interfere with tribal sovereignty. The Tohono O’odham Nation, whose ancestral lands straddle the U.S.-Mexico border, already have a physical barrier with a gate bisecting their nation. Most tribal members oppose replacing this physical structure with a wall, because it would interfere with their ability to cross into Mexico to connect with other tribal members for sacred ceremonies and visits. 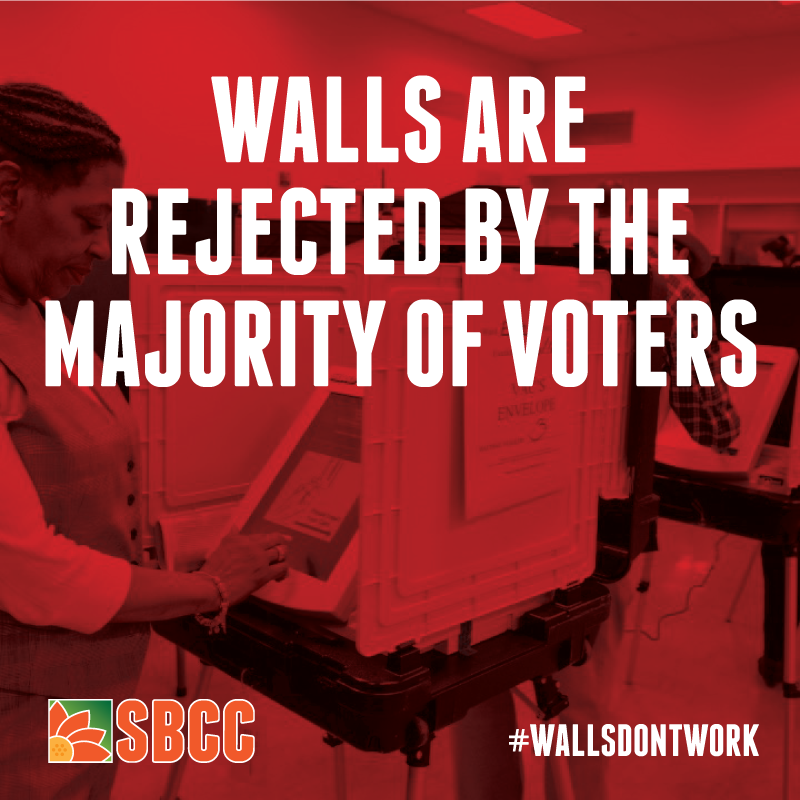 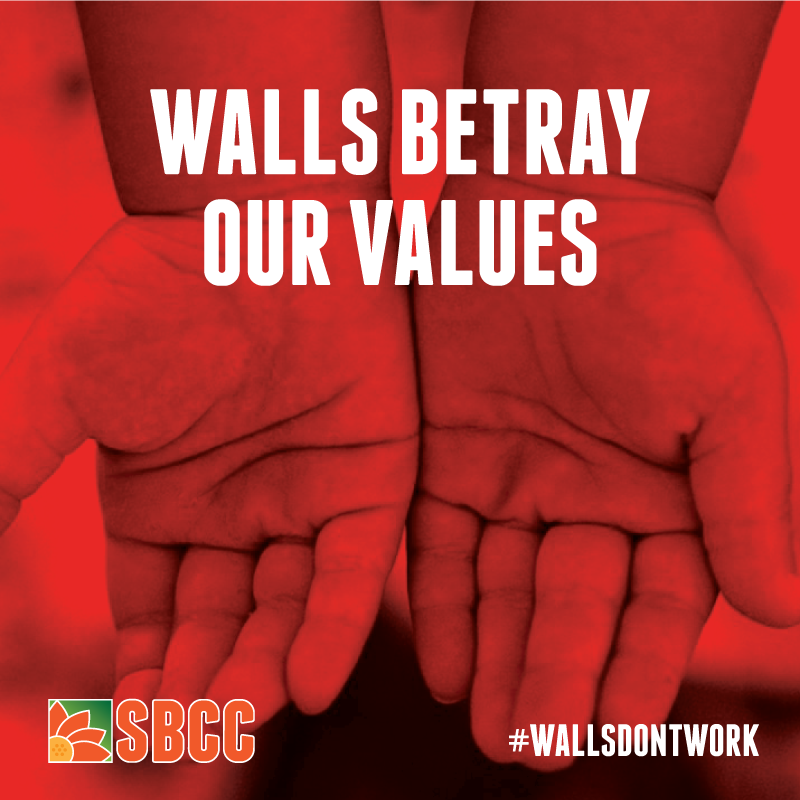 10. Walls betray our values. Border walls have little to no impact on whether somebody flees their home country to seek humanitarian protection for their children or families at our border. The southern border should be a place of encounter, opportunity and hope -- not confrontation, hate, and out-of-control militarization.

WALLS DON’T WORK! WANT TO LEARN MORE ABOUT HOW WE CAN #REVITALIZENOTMILITARIZE THE SOUTHERN BORDER? CHECK OUT OUR BETTER BORDER PAGE!