SPECIAL EDITION: Out of the shadows

Get border_lines in your inbox 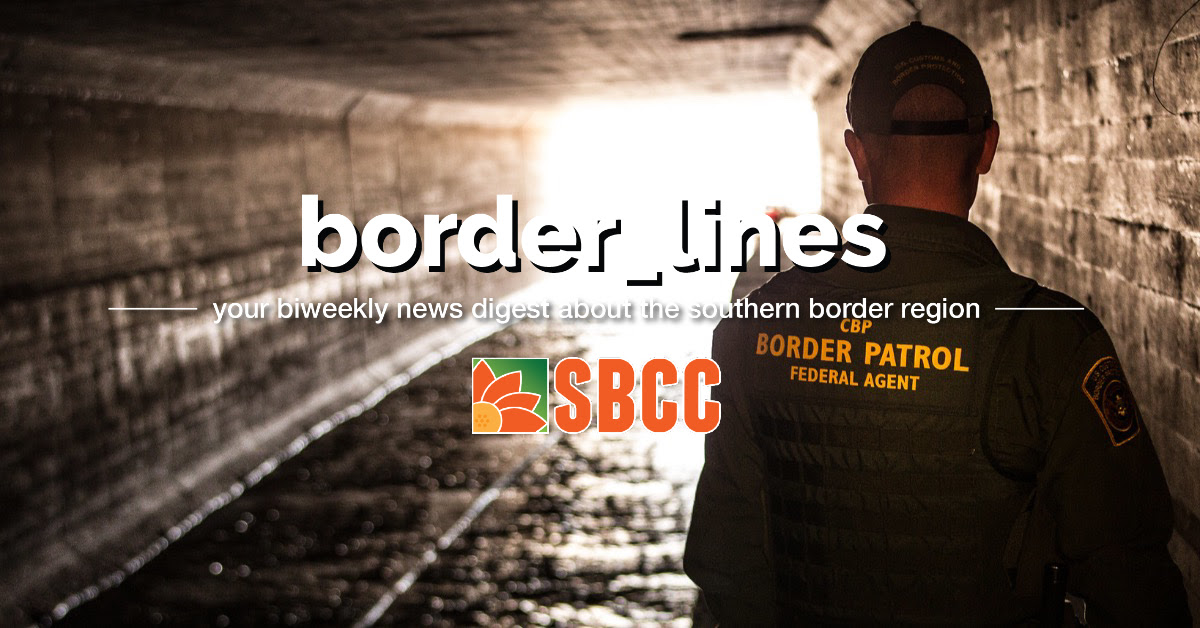 _Human Rights Watch recently released a jaw-dropping report, ‘They Treat You Like You Are Worthless’: Internal DHS Reports of Abuses by US Border Officials, which details internal reports made by asylum officers within US Citizenship and Immigration Services (USCIS) about CBP and ICE misconduct and abuse towards migrants, including allegations of physical, sexual, and verbal abuse, due process violations, harsh detention conditions, denial of medical care, and discriminatory treatment at or near the border.

_Human Rights First explains that a recent investigation by the DHS Office of the Inspector General (OIG) revealed that DHS and CBP officials consistently and systematically misled people seeking safety at the border by erroneously reporting that there was no capacity at ports of entry to process their claims, thus undermining their due process rights, and then lied to the OIG about it.

_Border Patrol officials who participated in a closed Facebook group faced  minimal to no repercussions  for posting racist, misogynistic and hateful images and comments and many were permitted to continue working with migrants; this surprises absolutely no one among us. Ugh.

_SPECIAL EDITION: Out of the Shadows. We’re going to move away from our standard format and focus this special edition on our coalition’s call to Congress to fully investigate Border Patrol “critical incident teams” (BPCITs) and to bring these shady units out of the shadows. See our letter to Congress here with supporting exhibits which are the result of months of research by human rights attorneys and advocates at SBCC, Alliance San Diego, and the International Human Rights Law Clinic at UC Berkeley Law School.

Frankly, BPCITs (which are also known by a variety of other names and acronyms) collectively represent the largest and longest standing shadow police unit that is operating today in the federal government. It is important to remember that there is no federal law or statute that grants investigative authority to Border Patrol or any component thereof, including to BPCITs. Congress grants authority to conduct criminal investigations of misconduct, including excessive use of force by border agents, to specific government agencies like the FBI, DHS Office of Inspector General and, in limited circumstances, CBP Office of Professional Responsibility.

Our research brought to light that BPCITs’ mission is to protect the actions of agents instead of investigating objectively for the truth.We found instances in which agents  tampered with witnesses and withheld, destroyed and corrupted evidence, which is — beyond a shadow of doubt — unlawful and an obstruction of justice. From our perspective, these BPCITs not only exacerbate the impunity of border agents, but they are also the root cause of why agents get away with abuse, even murder. In essence, they look for exculpatory evidence to exonerate agents and shift the burden to victims (in addition to criminalizing them). BPCITs’ actions have gone unchecked for decades, which is why the time is right for Congress to fully investigate their role and actions.

CBP’s subsequent response to our investigation is bogus, if not an outright laughable example of how the agency thinks itself above the law (story quotes SBCC steering committee member Andrea Guerrero of Alliance San Diego). Formal deputization happens through law (not in the shadows). For example, the US Marshals are authorized to deputize through 28 CFR 0.112 and they use a form with an official number that is signed under oath. Regardless of setting, Border Patrol agents should not be informally delegated by their supervisor to conduct investigations of potentially criminal incidents or to gather evidence without a formal process and congressionally approved investigative authority. These investigations should be left to an independent, external agency, like the FBI or local police, sheriffs and/or state troopers.

border_lines is published every Friday for your reading pleasure. If you’d like to submit an item for inclusion, please email Vicki B. Gaubeca at [email protected], by Wednesday COB. The Southern Border Communities Coalition is a program of Alliance San Diego.