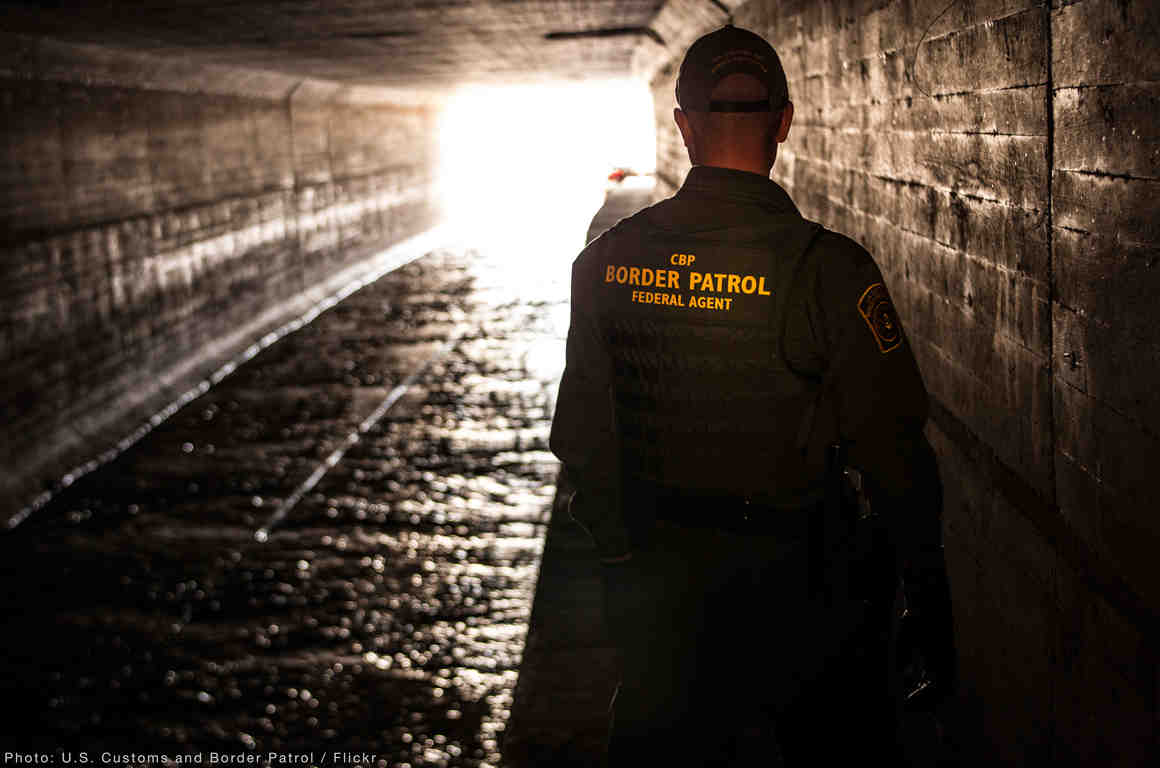 Border Patrol Critical Investigative Teams (BPCITs) may be the largest and longest standing shadow police unit that is operating today in the federal government. The Southern Border Communities Coalition (SBCC) has called on Congress to launch an investigation and oversight hearings into the unlawful operation of BPCITs. Now, ten House and Senate committee and subcommittee chairs sent a letter to the Government Accountability Office (GAO) requesting an investigation into the involvement of these shadow units. Simultaneously, the chairs of two of these committees — the House Committee on Oversight and Reform and the House Committee on Homeland Security — published a letter requesting information – by February 7th 2022 – about the "potential misconduct" of these specialized teams. These teams act without congressional authority, thus exist only to obstruct justice, undermine public safety, and violate public trust.

BPCITs began in 1987 in the San Diego sector, followed by other sectors thereafter. They are known by many names including Sector Evidence Teams and Evidence Collection Teams. Their stated purpose is to mitigate civil liability for agents. There is no known equivalent in any other federal law enforcement agency. They are not independent investigators seeking facts. Instead they seek to exonerate agents. They act as cover-up units, protecting agents, rather than the public, and they answer to no one except the Border Patrol chiefs that control them.

1. BPCITs are illegal. BPCITs have no legal authority to investigate use-of-force incidents. The BPCITs are not authorized by Congress to engage in federal investigations in agent-involved killings and other use-of-force incidents. That authority is given to the FBI, the DHS Office of Inspector General (OIG), and, in limited circumstances, to the CBP Office of Professional Responsibility (OPR). They are also not formally deputized by any of these agencies to investigate. Their existence is simply unlawful.

2. BPCITs are guilty of obstruction of justice and interfering with police investigations. Every day that BPCITs continue to exist, abuses go unchecked and agents get away with murder, as they did in the case of Anastasio Hernández Rojas and so many others. BPCITs withhold, corrupt, and destroy evidence against an agent, and cover-up any wrongdoing by agents. They are at the root of Border Patrol impunity. There can be no meaningful accountability of border agents as long as BPCITs exist.

3. BPCITs existence was a secret. Our investigation into these cover-up units found statements from members of BPCITs, police investigative records, public disclosures, court records, and more. They point to what may be the largest and longest-standing shadow police unit operating in the federal government today. BPCIT units are not listed in any agent handbooks. BPCITs do not have federal employee job code designations. BPCITs are called different names across different border patrol sectors to create inconsistency and protect their secrecy. It is imperative that Congress investigate them.

4. BPCITs must be abolished and investigated by Congress. The danger of abusive and unaccountable federal agents who operate outside of the law cannot be understated. They threaten the public they encounter and subvert legitimate law enforcement investigations. They undermine public safety and violate public trust. We call on the appropriate congressional committees to investigate BPCITs as soon as possible. These units must be shut down and abolished. On January 24th 2022, members of congress requested an investigation into these shadow units. On February 2nd 2022 the Department of Homeland Security (DHS) acknowledged the existence of these units and shared their intentions to "regulate" the Border Patrol Critical Incident Teams aka cover-up teams. This is an admission of guilt that these units were and are unregulated, unauthorized, and unchecked. More than that they are illegal, have engaged in criminal acts of obstruction of justice, and should be prosecuted. BPCITs should be ended.

5. Cases involving BPCITs must be reopened & reviewed. Cases where there was a grave injustice committed as the result of the activities of BPCITs must be reopened and reviewed. The fact that no border agent has ever been successfully prosecuted for lethal or excessive use of force in the nearly 100 year history of the Border Patrol is not accidental. It is by design, and for more than three decades has resulted in impunity directly due to the interference of unauthorized Border Patrol cover-up units that have protected agents rather than the members of the public harmed by them. Justice and closure are needed for the families and friends of these people who were murdered by Border Patrol agents.