SOUTHERN BORDER — A Congolese woman who was seeking safety in our country along with her husband and two children became the 101st person to die in the past decade while in the custody of Customs and Border Protection (CBP). This according to data compiled by the Southern Border Communities Coalition (SBCC), which has been tracking deaths in Border Patrol custody since 2010. The mother died on Christmas day.

The CBP Death Tracker has served as a reliable and trustworthy source of information for national and international media, as well as elected officials across the country, about the effects and human cost of militarizing border communities under both Democratic and Republican administrations. 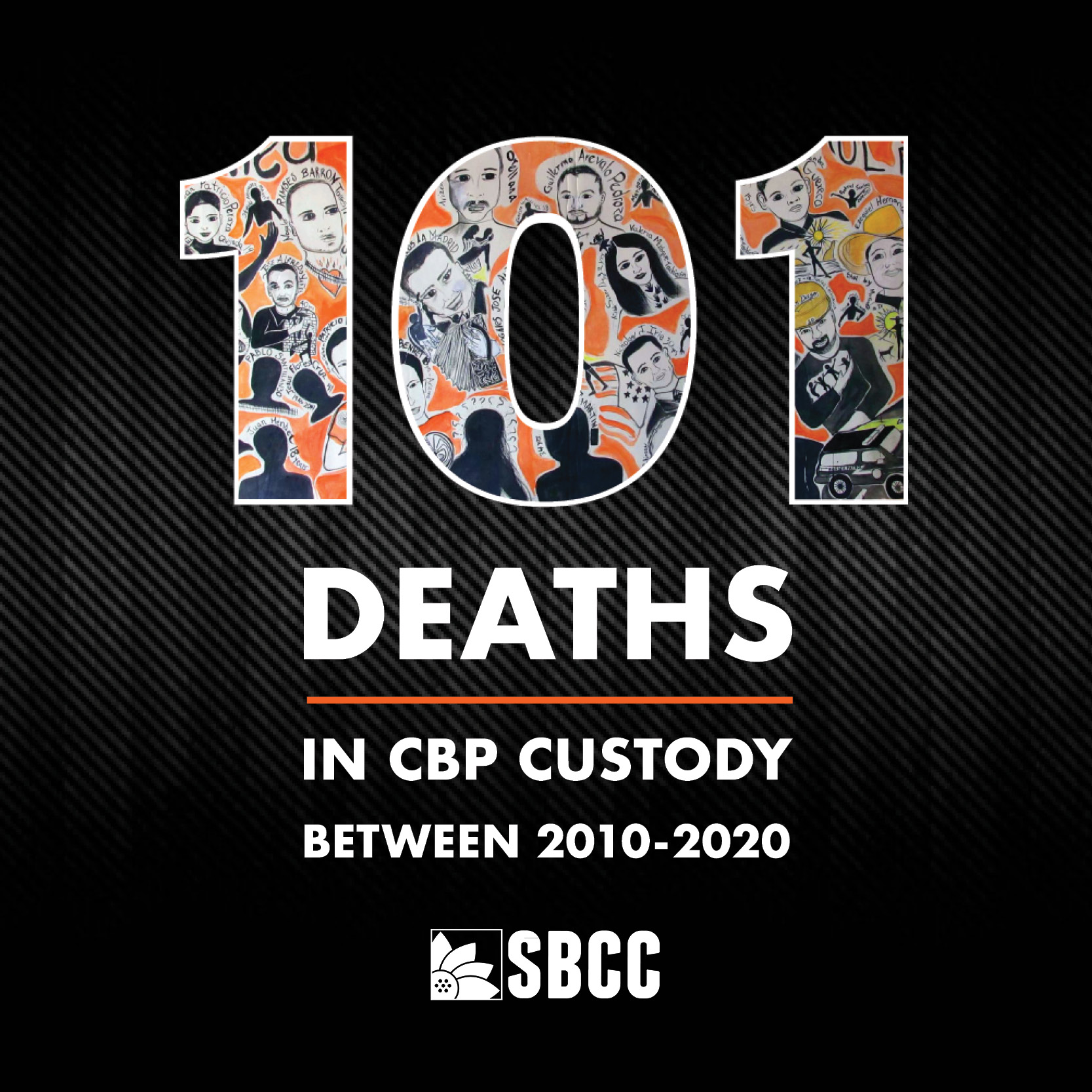 SBCC began tracking deaths following the horrendous beating and killing of San Diego resident and father of five, Anastasio Hernández Rojas, by over a dozen Customs and Border Protection (CBP) officials in May of 2010. The data from SBCC has since been cited in high-profile cases including in the Supreme Court case regarding the cross-border killing of 15-year-old Sergio Adrián Hernández Güereca who was standing in Mexico when he was shot and killed by a U.S. Border Patrol agent.

“It’s an absolute tragedy that in the last 10 years, more than 100 people have died after an encounter with a CBP official or while in CBP custody. This latest death of a mother who was seeking safety at our nation’s doorstep is another wake-up call to our elected congressional members. It is time to re-think our border policies and implement a New Border Vision that creates a humane and effective border governance model. No one who travels to, visits or lives in our vibrant borderlands should fear for their life or that they will not be treated with humanity and dignity. We mourn this senseless loss of life and will continue the work of holding this agency accountable.”