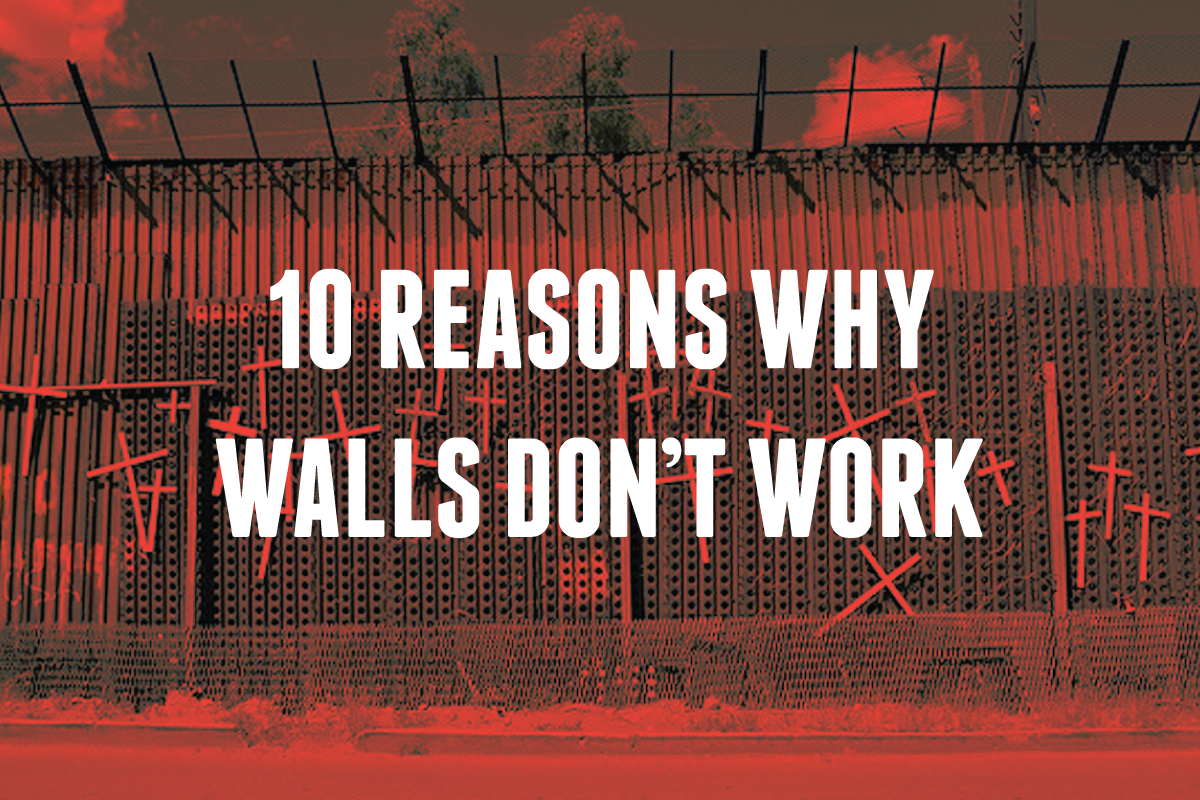 The Southern Border region is one of the most diverse, economically vibrant, and safest areas of the country, home to about 15 million people. For decades, policymakers have pushed to militarize the southern border region with policies that are detrimental to the civil and human rights and quality of life of those who live, work and travel through the borderlands. Now President Trump wants to finish building a border wall, further endangering people, wildlife and the environment. As we have seen throughout history, #WallsDontWork.

WALLS DON’T WORK! Want to learn more about how we can #RevitalizeNotMilitarize the southern border? Check out our better border page!