What’s Really Going on in the Southern Border Region? 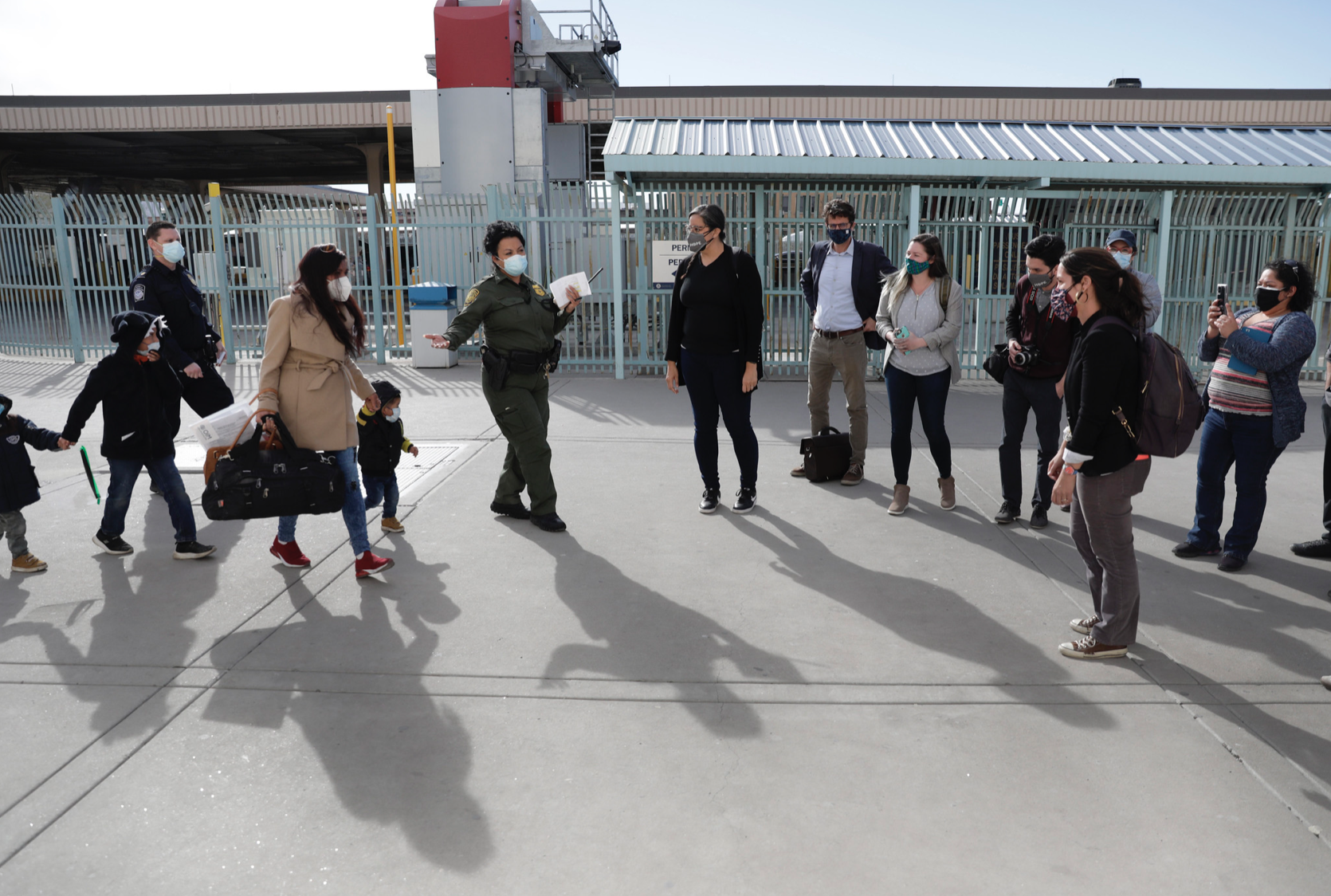 The Southern Border region has always been a place of hope, welcoming and opportunity. With the current challenges facing us in the region, this nation has a chance and a responsibility to live up to our values, do the right thing, and develop fair, humane and functional systems to welcome vulnerable newcomers, as well as border residents, at our southern border. We want to make sure we, as people who live and work in the southern border region, set the record straight, and answer some questions we’ve heard below.

Why is ‘border governance’ a better approach than ‘border enforcement’?

The term “border governance” (sometimes referred to as “border management”) and the policies that embody that approach represent a break from the enforcement-only approach and the prevention through deterrence border policies of the past. Instead, it represents a move towards responsible border governance that is aligned with our values of dignity and respect for human and civil rights. On a normal day, more than 600,000 people cross through land ports of entry at our northern and southern borders to visit family and friends, shop, attend school or work, and conduct business, yet border region residents and visitors are subjected to prolonged wait times, crumbling ports, and harassment, often based on racial and religious profiling. A move towards border governance means investing in infrastructure improvements at ports of entry and adequate, accountable personnel to reduce border-crossing wait times and to ensure that border region residents and newcomers, including asylum seekers, are welcomed with humanity and dignity. It also means restricting the role of border officials at the ports of entry to the role of inspectors – to identify and clear people into the country and refer children and families seeking safety to humanitarian, rights-respecting  agencies and organizations with expertise in caring for people.

We in the border region know better than anyone that the challenges we’re experiencing right now are NOT a ‘crisis’ and are not new — they stem from the hyper-militarization, enforcement-only approach to the Southern Border over the last almost three decades, which includes policies that criminalize migrants, rather than recognize them as human beings. A shift in terminology represents an important symbolic change, but this must be accompanied by a change in policies. The near total closure of the border to people seeking safety has created confusion and desperation. The Administration has refused to rescind harmful policies like Title 42 — which results in immediate expulsions and denies due process to people seeking safety. The Administration’s slow response in creating a welcoming system also represents an abdication of the United States government’s responsibility to the global community.

What should Border Patrol’s role be?

Border Patrol’s role should be limited to detection between the ports of entry at the actual border with a focus on organized crime and national threats. It should not be to dehumanize and criminalize migrants who are simply seeking safety or a better life. Upon encounter, migrants should be given the opportunity to present their claim for an immigration remedy they may be eligible for, and should be able to to do so while being treated with dignity and respect. This should be an administrative proceeding, not a criminal proceeding.

Furthermore, Border Patrol should not be operating inside the United States to engage in warrantless stops, searches and seizures. In other words, they should not be running interior checkpoints far from the border or roving patrols through our neighborhoods. They should cease to engage in the kind of surveillance and policing that undermines our civil liberties and human rights that undergird our democracy.

The power and resources of Border Patrol to police our communities – rather than detect organized crime and national threats entering the country – must be curtailed and affirmatively limited. It does not make us more safe nor more free. On the contrary, the agency has a disturbing track record of excessive force, racial profiling, sexual assault and misconduct coupled with a lack of accountability and oversight that, according to DHS’s Homeland Security Advisory Council, make CBP “vulnerable to a corruption scandal that could potentially threaten the security of our nation.”

Since January 2010, more than 100 people have died as the result of an encounter with CBP agents and officers. Despite deaths in custody and uses of excessive, deadly force, agents aren’t held accountable. The agency’s discipline system is broken and agency leadership has long failed to stop a trend of corrupt agents. Furthermore, Border Patrol’s militarized over-policing of border communities, including roving patrols and dozens of internal checkpoints that subject border-region residents to harassment by CBP, creates a pervasive climate of fear among immigrant and border community members, and contributes to the abusive over-policing of Black, Indigenous and people of color (BIPOC) communities.

The criminalization of migrants is not only inhumane, it is also costly. Currently, the federal government wastes more than $23 billion per year on jailing and deporting immigrants. This includes funding for CBP, the largest law enforcement agency in the country. Better use of that money would be to invest in border governance such as through improvements for effective and efficient inspections at ports of entry, the creation of welcoming centers to process claims for entry and address humanitarian needs, and establishing pathways for people to rejoin their families or meet workforce demands. The Biden Administration must stop funding the militarization of our region, and the unaccountable agents who continue to harm our binational, tribal and multicultural communities with impunity.

Do we need to “finish” the wall or add more “virtual” or “smart” walls?

We do not need a border wall — physical or virtual — scarring our communities. Over the last three decades, the border has become home to one of the most militarized regions in the world. The deadly border wall, built under both Democratic and Republican administrations, has divided vibrant communities, put people’s lives at risk during floods and natural disasters, harmed wildlife and critical habitat, and destroyed sacred indigenous sites.

Construction has already cost U.S. taxpayers billions of dollars. During the previous administration, a staggering $16.3 billion taxpayer dollars were spent on the lethal border wall — which included $9.9 billion that the previous administration illegally pilfered from the military and counter-narcotics funding. These taxpayer dollars could be better spent on implementing a humane and orderly welcoming system for people seeking safety at our borders.

Environmental groups, private property owners, Indigenous communities and advocates have made calls to remediate the devastating impacts of the wall, including to remove portions of the wall that harm or threaten to harm people, communities, wildlife and/or the land. In February, SBCC joined a coalition of 75 organizations in identifying priority segments of the wall for demolition.

A “virtual” or “smart” wall is not a humane or benign alternative to a physical wall – and must be sharply restricted. In fact, a “smart” wall, mass surveillance and many other technologies present real harms for the environment, infringe on privacy rights of border communities, and can lead to more deaths as border crossers take more dangerous routes to avoid detection.

The Southern Border Communities Coalition (SBCC) encourages everyone to help tell the real stories of the southern border, and to look at the real data and stories coming from our region. One way to do that is to visit Border Lens, a data portal about the region that can be used to inform the conversation about the border.

Check out our New Border Vision for a glimpse at what good border governance can actually look like.