What Border Communities Need to Hear from Gen. John Kelly 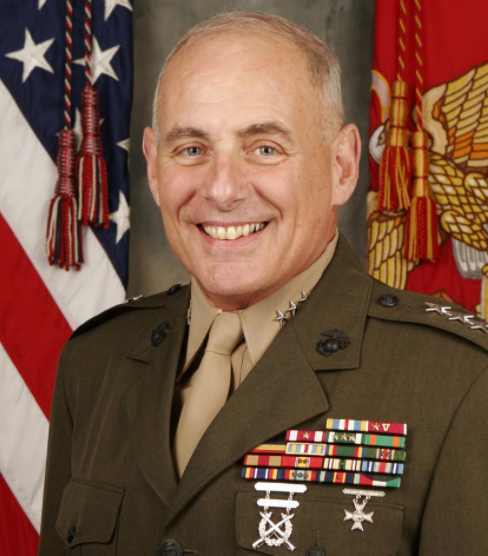 Later today, President-elect Trump’s pick to lead the Department of Homeland Security (DHS), General John Kelly, will face his confirmation hearing before the Senate’s Homeland Security and Governmental Affairs Committee. If confirmed, this retired, career marine general will be placed at the helm of the the sprawling agency that includes U.S. Customs and Border Protection (CBP), the largest federal law enforcement agency in the country that has been plagued by serious integrity challenges and human and civil rights abuses that have been the subject of complaints and litigation.

The Southern Border Communities Coalition has expressed deep concern over the choice of a military general to lead this civilian agency. Border residents know that their backyards are not battlefields and do not want their region treated as a war zone. While Senators will be the ones asking questions at today’s hearing, the more than 200 million people who live within 100 miles of the country's perimeter also want answers to at least these three critical questions:

1) What would Gen. John Kelly do to rein in abuse of expanded federal policing powers in the border region?

Based on outdated regulations, Border Patrol agents claim extraordinary power to stop, interrogate and search children on their way to school, parents on their way to work, and families going to doctor’s appointments or the grocery store within 100 miles of any land or sea border.  In practice, Border Patrol agents’ discriminatory use of these powers results in a de facto “stop-and-frisk” at interior checkpoints where border residents are forced to answer to armed federal agents, often without justification or cause. This practice has made everyone less safe by eroding trust between law enforcement and communities.

2) What would Gen. John Kelly do to limit “border enforcement” to the actual border?

Because the “border” is defined as anywhere within 100 miles of land and sea borders, CBP has been converted into an interior force that widely roams border communities.  This also means that CBP claims excessive -- and unconstitutional-- authority to “stop-and-frisk” about two thirds of the population of the United States. That is about 200 million people. This area encompasses the entire perimeter of the country and includes seven of the ten largest cities, including New York, Los Angeles, Chicago, Houston, Philadelphia, San Diego and San Jose. The 100-mile zone’s extraordinary, warrantless powers granted to law enforcement violates our constitutional right to be free from unreasonable searches and seizures, and to be treated equally under the law.

3) What would Gen. John Kelly do to ban discriminatory profiling by federal officers in the border?

Policies that fail to ban CBP from engaging in profiling “in the vicinity of the border” have exacerbated mistrust in border communities. This has resulted in numerous complaints of Border Patrol agents profiling individuals based on their race, ethnicity, sexual identity, or religion. Border communities expect the same commitment to bias-free policing from CBP that communities across the country demand of local police. How will General Kelly ensure that the  constitutional rights of all Americans are upheld?