WE VOTE for a new border vision

Get border_lines in your inbox

_Check out our new Southern Border Communities Coalition (SBCC) Border Lens page that illustrates how COVID-19 is affecting border communities and how taxpayer dollars could be spent on keeping communities healthy and recovering from the pandemic instead of building more of Trump’s (devastatingly harmful) border wall campaign prop.

_The family of David Villalobos (¡presente!), along with Alliance San Diego and the American Friends Service Committee (and us), mourn the senseless and brutal loss of life and demand a full, independent and transparent investigation--free from DHS interference--after Mr. Villalobos was fatally shot by a  Border Patrol agent at the San Ysidro port of entry in San Diego.

_While the Trump administration has terminated crucial protections for gray wolves in the United States, that decision doesn’t apply to a small population of Mexican grey wolves in Arizona and New Mexico, although these Mexican grey wolves still face extinction by border wall construction, notes SBCC steering committee member Kevin Bixby of the Southwest Environmental Center.

_There is absolutely zero reason to celebrate 400 miles (possibly prematurely) of Trump’s border wall being constructed; our colleagues at the Washington Office of Latin America (WOLA) break down the harms here. 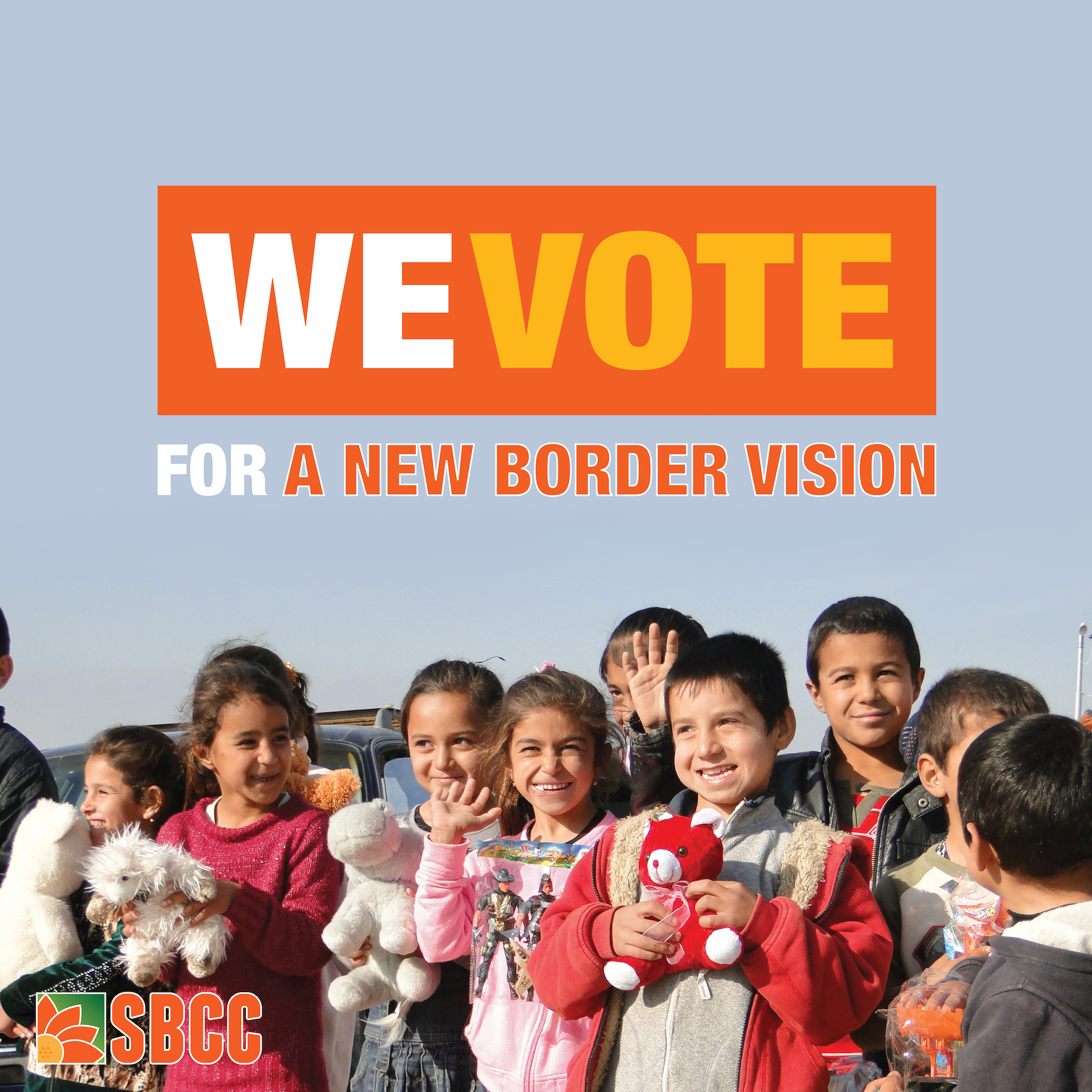 _WE VOTE for a new border vision. Next week we will get a sense of who will lead this country and how this may affect almost 20 million people who live in our beloved borderlands. As the clock ticks down, we encourage  you to join SBCC’s WE VOTE campaign and vote for sensible values:

What values will YOU vote for?

border_lines is published every Friday for your reading pleasure. If you’d like to submit an item for inclusion, please email Vicki B. Gaubeca at [email protected], by Wednesday COB. The Southern Border Communities Coalition is a program of Alliance San Diego.