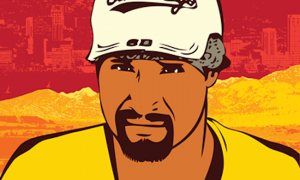 Responding to calls for accountability, CBP implements Use of Force Review Board

Washington D.C./Southern Border Region - This Thursday, March 10, the Use of Force Review Board (UFRB), convened by U.S. Customs and Border Protection (CBP), will review the investigation of CBP's lethal beating of Anastasio Hernandez Rojas.

Maria Puga, widow of Anastasio Hernandez Rojas, and Christian Ramirez, Director of the Southern Border Communities Coalition, will be available for comment in person, by phone or Skype today, March 9 between 10:00 am - 12:00 pm PST at the office of Alliance San Diego: 4443 30th St. San Diego, CA.

In response to the advocacy of human rights activists and border families directly impacted by CBP brutality, Commissioner Kerlikowske launched the UFRB to further investigate use-of-force cases to identify reforms and recommend whether particular cases violate CBP policy. While Commissioner Kerlikowske has begun to take steps towards transparency, he has yet to publicly hold his agents accountable for their actions.

Upon reviewing cases, the UFRB can make recommendations to the Inspector General and to Commissioner Kerlikowske in the following areas:

In response to this recent development, Maria Puga (widow of Anastasio Hernandez Rojas) released this statement on behalf of her family:

"My family and I have fought for over 5 years for a just resolution to the brutal killing of my husband, Anastasio Hernandez Rojas. Along the way, other families have had the misfortune of losing loved ones to border agent violence, and we have joined together on this journey for justice. Border agents killed our loved ones in what we believe are unjustifiable circumstances. All of us have been treated indignantly, yet we continue to struggle for answers, for respect and for justice.

Now, the agency charged with protecting our communities has one last chance to make the right decision and hold their agents accountable for their brutal actions. We urge the Use of Force Review Board to bend toward justice and immediately resolve our cases by holding those involved accountable for any misconduct that occurred and for the untimely death of our loved ones."

"Our nation's largest federal police force, Customs and Border Protection, should be held to the highest professional policing standards. Subjecting the family of Anastasio Hernandez Rojas to six years of delay tactics and refusals to prosecute demonstrates yet another failure of our justice system. Human rights advocates and families today call on the Use of Force Review Board to transparently review the investigation, promote accountability for the brutal actions of CBP officers, and finally bring about a semblance of justice for Anastasio.

While our community is pleased with the creation of this review board, we will continue to advocate for total and complete transparency for the board's findings. Moreover, we will continue to work towards a full deployment of body-worn cameras within a strong policy framework that promotes transparency and privacy, a more robust internal affairs department and meaningful accountability within the agency. Now is the time for CBP to publicly release the board's findings."

On May 28, 2010, border agents at the San Ysidro Port of Entry brutally beat, discharged a Taser multiple times and subsequently killed Anastasio Hernandez Rojas, a longtime resident of San Diego. An eyewitness recorded the incident and the video became international news, calling into question the brutality of (CBP), which has long been alleged to abuse residents of southern border communities.The video captured the scene of over a dozen officers surrounding Anastasio who was handcuffed and hogtied face down on the ground while he suffered this abuse. The Medical Examiner's Office ruled Anastasio's death a homicide and experts have described the incident as torture. See video of Anastasio in the hospital.

Border agents were unsuccessful in their attempts to confiscate and destroy all video footage taken by witnesses. Two years after Rojas' murder, footage was released and aired nationally on PBS' Need to Know. After the show aired, the Southern Border Communities Coalition (SBCC) traveled with Anastasio's family to Washington, D.C. to meet with members of Congress and ask for their help in pursuing justice not only for the killing of Anastasio, but the killings of many other border residents and migrants. As a result of this advocacy, 16 members of Congress sent letters to the Department of Homeland Security, the Inspector General and the Department of Justice expressing concern over Anastasio Hernandez Rojas' death, which prompted further investigation. In 2015 the Department of Justice announced that they would not prosecute those involved in Anastasio's death.