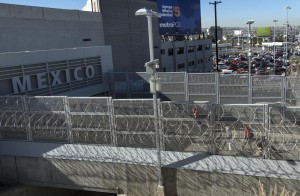 Customs and Border Protection staff concluded after an internal review that agents and officers shouldn’t be required to wear body cameras, positioning the nation’s largest law enforcement agency as a counterweight to a growing number of police forces that use the devices to promote public trust and accountability.

The yearlong review cited cost and a host of other reasons to hold off, according to two people familiar with the findings who spoke on condition of anonymity because the findings have not been made public. It found operating cameras may distract agents while they’re performing their jobs, may hurt employee morale, and may be unsuited to the hot, dusty conditions in which Border Patrol agents often work.

The findings, in an August draft report, are subject to approval by Commissioner R. Gil Kerlikowske, who last year announced plans to test cameras at the agency that employs roughly 60,000 people.

The staff report doesn’t rule out body cameras but questions their effectiveness and calls for more analysis before they are widely distributed.

Jenny Burke, a spokeswoman for Customs and Border Protection, had no immediate comment Friday.

From the start, Kerlikowske was noncommittal on whether to introduce body cameras to roughly 21,000 Border Patrol agents who watch thousands of miles of borders with Mexico and Canada, and to roughly 24,000 Customs and Border Protection officers who manage official ports of entry.

“Putting these in place, as you know, is not only complicated, it’s also expensive,” the former Seattle police chief said at a news conference last year. “We want to make sure we do this right.”

The use of police body cameras is still in its infancy, with no count for how many of the 18,000 state and local departments have turned to them. But dozens of agencies across the country are testing the cameras after unrest in Ferguson, Missouri, unleashed criticism of police tactics, and many departments have plans to roll them out more broadly.

Customs and Border Protection faces unique challenges. The Southern Border Communities Coalition, a group that has strongly criticized the agency over use of force, said agents and officers have killed 40 people since January 2010. The agency commissioned a 2013 report by the Police Executive Research Forum, a nonprofit group of law enforcement experts, that was critical of its policies and tactics.

During the last three months of 2014, Customs and Border Protection tested cameras in simulated environments including the Border Patrol training academy in Artesia, New Mexico. From January to May, it expanded testing to 90 agents and officers who volunteered across the country to use the cameras on the jobs.

Widespread deployment hinged on union approval, which was always a question mark. The National Border Patrol Council, which represents Border Patrol agents, expressed concern that supervisors might use the videos to retaliate against agents they wanted to discipline or force from their jobs.

“Under the right conditions and with the right policies, they can be a valuable tool, but obviously CBP has been unable or unwilling to meet that criteria,” Shawn Moran, a spokesman for the agents’ union, said Friday.

The draft report cited significant cost in what would be a multimillion-dollar endeavor, including acquiring equipment, training agents and responding to public records requests. It said widespread distribution might hurt morale because employees could interpret the cameras as a show of distrust. It also said the devices could undermine intelligence gathering if people interviewed by agents know they are being recorded. Footage may also not accurately reflect the sense of threat an agent feels.

“You can’t hide that CBP is a broken agency that needs to immediately implement 21st century accountability standards and one of those tools is body-worn cameras,” he said.

The authors acknowledged that body cameras can reduce the likelihood of agents using force and discourage frivolous complaints against them. Footage also could be used as evidence in criminal prosecutions.

Despite those and other benefits, the staff recommended only limited use.