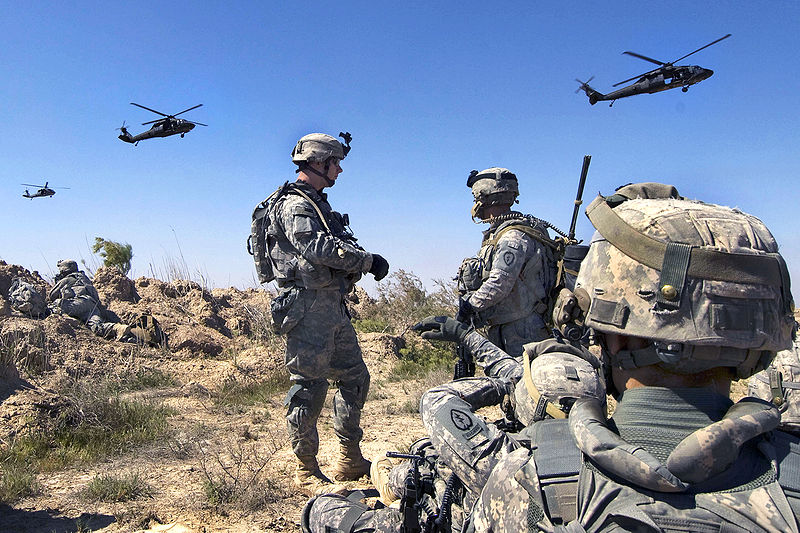 SOUTHERN BORDER REGION - In another round of the President Who Cries Wolf for a Wall, Donald Trump announced plans to deploy U.S. troops on U.S. soil.

Trump says he needs to deploy the military because we don’t have a wall (not true) and because the troops are needed to stop a caravan of refugees headed to the border (also not true). Unauthorized migration is at an all-time low, and the refugees approaching the border are not attempting to sneak across the border between the ports of entry. Over the past several years, refugees have come directly to the ports of entry and presented themselves to border agents seeking asylum and humanitarian assistance under our domestic laws.

Trump’s decision to deploy troops to the border is not only reckless and misguided, but also a potential violation of a federal law, the Posse Comitatus Act. Signed into law in 1878, this Act restricts the participation of the military in domestic law enforcement activities unless a state governor identifies a crisis that warrants this response. But no governor has done so. The only person crying wolf here is Trump in order to increase the pressure to get his “big, beautiful” wall.

Trump’s obsession with this wall does not take into account the real needs of the 15 million people that call the border home, nor does it recognize the majority of Americans who oppose this wall.

“Any talk about deploying military troops to the southern border region is not only of great concern to border communities who have been living under the boot of border militarization for generations, but it should be of great concern to our democracy. Having the military enforce civilian laws runs counter to basic principles of our democratic society.

Trump’s misguided claims to deploy the U.S. military on U.S. soil is yet another one of his erroneous attempts to build an unnecessary border wall. First he held the Dreamers hostage, now it’s border communities.

We are not at war with Mexico and our country is not facing a threat that warrants a military response at the border. The caravan of migrants traveling to the United States is made up of men, women and children seeking humanitarian and asylum assistance. Instead of talking about troops and walls, we should be focused on working with Mexico and other countries in the hemisphere to find a humanitarian response.

Donald Trump’s has thrown numerous tantrums in hopes of getting his ridiculous border wall and SBCC and our allies have and will continue to urge Congress not to play into his hands for what would be a colossal waste of taxpayer money.  Instead, this administration should #RevitalizeNotMilitarize our communities.”