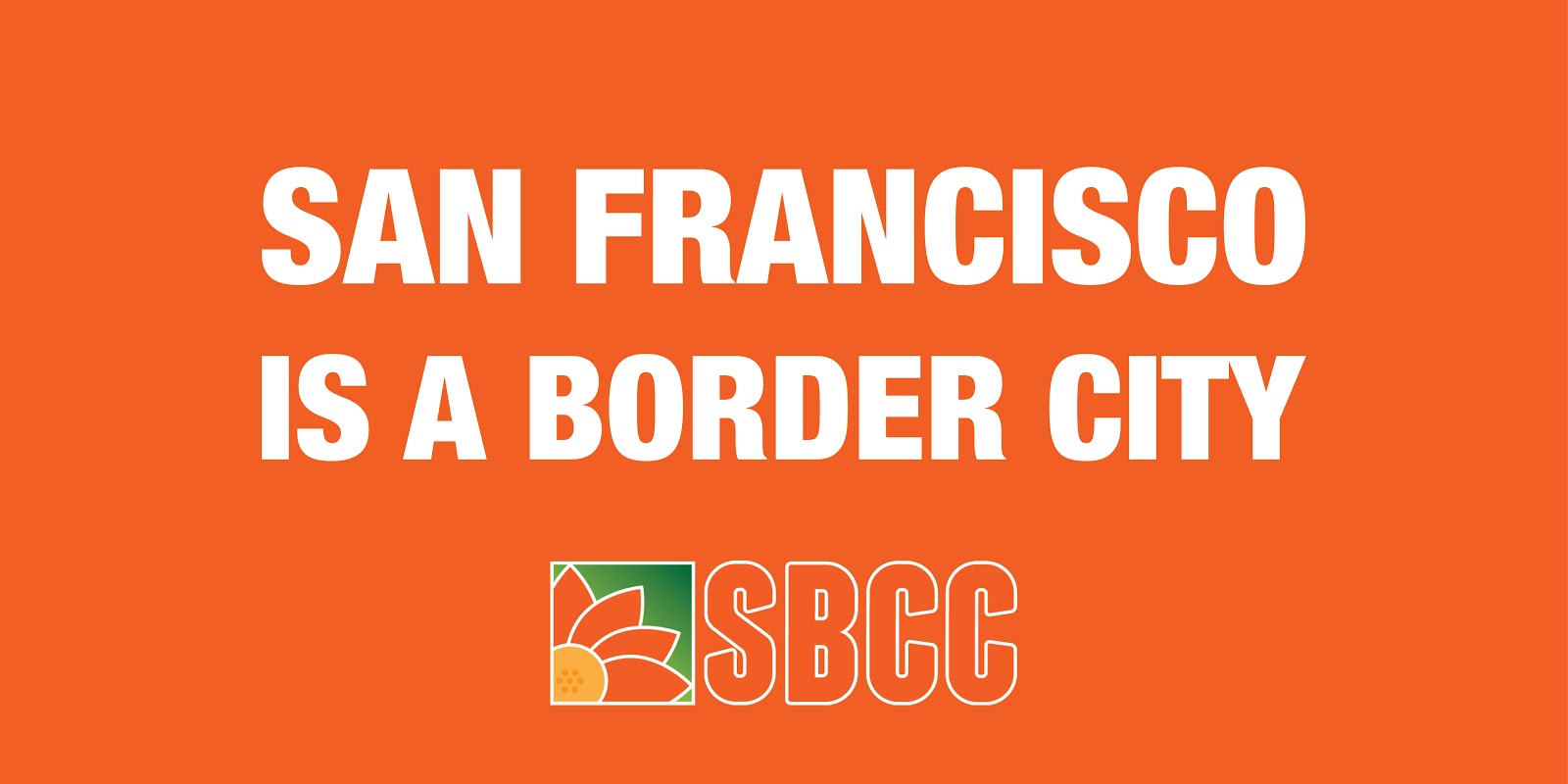 SAN FRANCISCO, CA —  On Tuesday, March 17, the San Francisco Board of Supervisors passed a resolution sponsored by District 9 Supervisor Hillary Ronen to embrace a New Border Vision, a framework for well-functioning borders for the 21st century. The resolution came in part as a response to the deployment of BORTAC — a highly-militarized unit of Border Patrol — to San Francisco, targeting the city’s most vulnerable communities.

As a city located within 100 miles of a coastal border, San Francisco is a border city, and is subject to inhumane and wrongheaded border policies that violate human rights, separate families and make every resident a potential victim to the widespread abuse and corruption of federal border agents. A New Border Vision would expand public safety, protect human rights, and welcome all people who live, work or travel to the region.

San Francisco joins Berkeley, CA, and the Berkeley Unified School District Board of Education, which have already passed resolutions pushing back against border policies that affect communities across the nation.

“San Francisco’s Board of Supervisors has long been a champion of justice and a protector of civil liberties, especially as a sanctuary city. I am proud San Francisco has embraced a New Border Vision that calls for the expansion of public safety, the protection of human rights and the welcoming of all people to our borders. A New Border Vision protects our most vulnerable communities and is a call for positive and compassionate action. I invite the cities and towns across our nation to join San Francisco and Berkeley in rethinking our borders and supporting a New Border Vision.”

“Federal border authorities exercise warrantless powers in the name of border enforcement at the cost of the safety and prosperity of our communities, as well as our civil liberties. We are all less safe as long as border authorities continue to operate with inadequate training, minimal oversight, and impunity. By passing a resolution in support of a New Border Vision, San Francisco is calling attention to these dangers and leading us toward better border governance centered on human rights and dignity."

“We thank San Francisco for joining the New Border Vision Coalition. The country is finally waking up to what border communities have been saying for decades: that our misguided border policies betray our values, violate our rights, and can be easily weaponized against us. This is the moment for action, and for people to come together to reimagine border governance. We urge you to join us in embracing a New Border Vision.”

“San Francisco is a city that has consistently shown its commitment to protecting immigrants. From our many cultural districts, to our status as a sanctuary city, San Francisco has become a safe haven for many. However, given that San Francisco is a border city, many families run the risk of being deported and separated. In my capacity as the current San Francisco district nine youth commissioner, I support the New Border Vision resolution as it protects the human rights of our San Francisco residents, and urges officials to work for safer and more humane treatment at our borders.”

“I applaud the San Francisco Board of Supervisors for their support of a New Border Vision and the decision to join the call for border policies that uphold the dignity and respect of everyone. It is crucial that San Francisco’s leaders raise their voices in opposition to the expansive authority of federal border agents and call for a new approach to border policy that protects human rights.

The New Border Vision Resolution is a significant step in that direction. This resolution provides the framework for a human-rights first approach to border governance and an opportunity to move from myopic enforcement-first, enforcement-only border policies. Today, I feel especially proud to be a San Franciscan.”