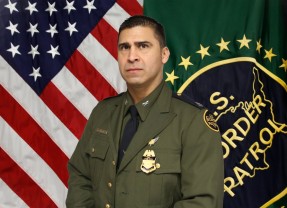 By Fares Sabawi of the Caller-Times

The Kingsville Border Patrol Station has a new agent in charge.

In a news release, the agency announced that Duke Canchola will be the new Patrol Agent in Charge.

Canchola has been with the Border Parol since 1997. He previously served in several other positions, including Acting Assistant Chief Patrol Agent and Patrol Agent in Charge the of Laredo Sector Special Operations Detachment.