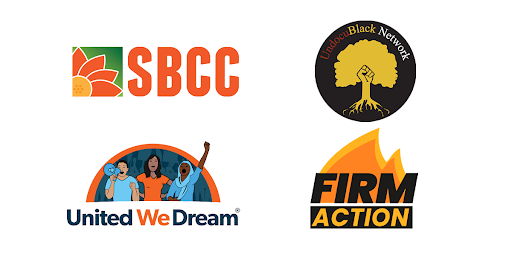 “One of the Trump administration’s primary goals is to deport and destroy immigrant and refugee communities. Donald Trump took protections away from over one million people by ending the DACA and TPS programs, tear gassed children and put more than 800,000 federal workers plus an unknown number of government contractors out of work. In response to a crisis Trump created, they offered temporary, harmful solutions that walk back protections for children, families and further fund and militarize our borders.

“Now, a group of so-called ‘immigration advocates’ have agreed to serve as the White House’s puppets and help them advance their trojan horse deal. Groups actually representing immigrant and southern border communities are united in calling on Trump and Congress to reopen the government and shut down the racist wall. Together, we will continue to stand with immigrants and will fiercely defend our communities like we’ve been doing for decades.”