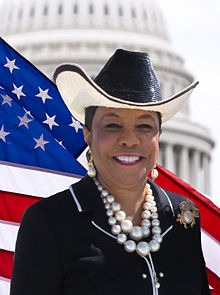 Congresswoman Wilson (FL) has taken the lead to circulate a dear colleague letter (below) to express strong opposition to the sudden policy shift from DHS towards Haitian earthquake survivors.

We write to express our strong opposition to the resumption of non-criminal deportations to Haiti and to urge you to reconsider this decision. Conditions in Haiti have not sufficiently improved to warrant this change in policy.

As you are aware, Haiti has yet to recover from the catastrophic 2010 earthquake that shook the nation to its core. Within seconds, the earthquake claimed more than 100,000 lives, displaced millions of people, destroyed more than 300,000 buildings, and shrank the Western Hemisphere’s poorest economy by 5.1 percent. Today, Haiti still struggles to rebuild.

Nearly seven years later, Haiti’s recovery, beset by political upheaval, cholera, environmental degradation, and other challenges, can be described as dismal at best. Tens of thousands of Haitians continue to live in makeshift tents, much of the nation’s infrastructure lie in ruin, the unemployment rate is still over 40 percent, 60 percent of Haitians live under the national poverty line of $2.42 per day, and Haiti’s economy has slowed to an anemic 0.8 percent growth rate. Furthermore, Haiti is still dealing with the cholera epidemic that killed over 10,000 people and sickened hundreds of thousands of others. The decision to resume non-criminal deportations to Haiti will further exacerbate the nation’s chaotic situation.

It comes just days before long-delayed presidential elections are scheduled to begin on October 9. For nearly a year, Haiti has been without a democratically elected leader and a functioning government. This has hampered its recovery and proven costly for many Haitians. For example, an impasse between the legislature and interim President Jocelerme Privert over his expired mandate prolonged a doctors’ strike and was partly blamed for many deaths that occurred outside the gates of unstaffed hospitals. Furthermore, the decision undermines Haiti’s efforts to transition from a caretaker government to a democratically elected government.

As members of Congress, we understand and share your commitment to enforcing our nation’s immigration laws. However, we believe this can be done in a more humane manner. Given Haiti’s vulnerable state and lingering challenges, we respectfully request that you reconsider this decision and ensure that undocumented Haitians are provided full and fair asylum hearings, effective assistance of counsel, and information on all forms of relief. Additionally, we request that you support Haiti’s efforts to hold presidential elections and expand economic opportunities for its citizens.

We respectfully request a meeting to discuss this issue and look forward to working with you. Thank you for your consideration.