Border Agents Escalate and Use Force Against Protesters in Portland 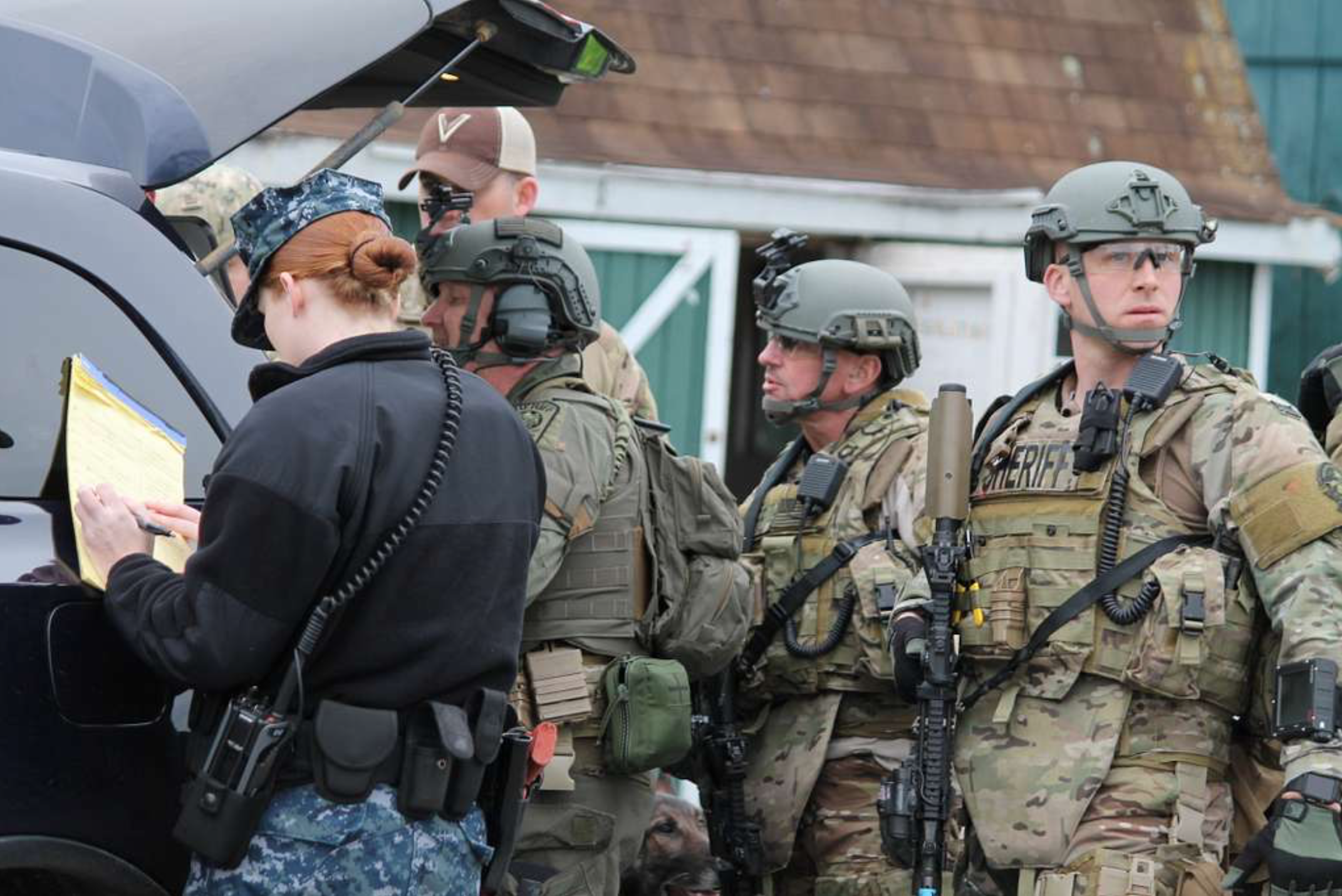 SOUTHERN / NORTHERN BORDER —  With a mandate to escalate tensions and use force  against protesters in Portland and other cities, border agents from U.S. Customs and Border Protection (CBP) are taking their abusive practices across the nation in a move to normalize their presence and push to become the national police force they aspire to be.

On July 11, one protester was shot in the head and severely injured by an unknown federal officer. Oregon Senators Jeff Merkley and Ron Wyden and Portland area legislators Rep. Bonamici and Rep. Blumenauer sent this letter to the Department of Homeland Security and Department of Justice calling for an investigation into the shooting and the disproportionate use of force.

Their presence is part of the Trump Administration's effort to deploy border agents to cities like Portland, Seattle and Washington DC, which are located within the so-called 100-mile border enforcement zone, which includes some of the nation’s largest cities. It follows the extraordinary move last month to deploy border agents to clamp down on George Floyd protesters with CBP predator drones, fully armed border agents, and snipers on rooftops. In February, the Border Patrol deployed its elite tactical unit BORTAC to Sanctuary Cities across the country as part of the Trump Administration’s persecution of immigrant communities.

“The Border Patrol has long had aspirations of becoming a national police force, and their presence in Portland is a troubling step in that direction. Border Patrol exercises a culture of abuse and impunity in the southern border region, and their violent and excessive actions in Portland are indications that they intend to continue operating without accountability or oversight, treating our nation’s cities as warzones and its residents as enemies. We need to put an end to these senseless and deadly deployments that endanger our communities, and instead we need to move towards policies that uphold human rights and protect our communities from unaccountable agents in the border region and throughout the country.”

Rich Stolz, executive director of OneAmerica, and a founding member of the Northern Borders Coalition, said the following:

“As the largest law enforcement agency in the nation, CBP must be reined in, and held to the highest standards of accountability and best policing practices. The truth is that the Border Patrol has a terrible reputation for transparency and accountability. It’s past time for the entire agency to undergo an overhaul to implement true accountability and oversight. We should all be shocked at this agency’s horrendous track record of abusing the basic civil liberties of migrants and citizens alike, at our borders and across the nation.”

ABOUT THE NORTHERN BORDERS COALITION

The Northern Border Coalition (NBC) is a union of organizations along the northern border working to stand up for civil and human rights together. The NBC is anchored by OneAmerica in Washington State, Michigan United and the New York Immigration Coalition, who in turn mobilize other partners in northern border states on shared immigration and border policies. The NBC  builds shared strategies among its members to address challenges facing our constituencies, including draconian federal immigration enforcement policies, racial and religious profiling, and the erosion of civil liberties.