Border Report: Sanders Visit ‘Could Be a Turning Page’ 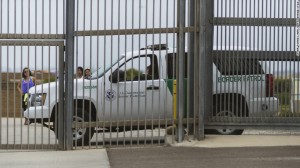 As California’s presidential primary draws near, candidates are visiting the state and making the rounds to press the flesh and talk to voters. Former President Bill Clinton appeared in San Diego on Saturday to stump for his wife, Democratic presidential candidate Hillary Clinton. Donald Trump, the sole remaining Republican candidate, will be in San Diego on May 27.

But Sen. Bernie Sanders, who’s also trying to secure the Democratic nomination, did something rare for a presidential candidate during his visit to San Diego on Saturday: He made a visit to Friendship Park, and spoke to people through the border wall.