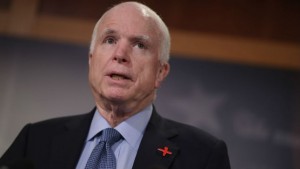 The largest Border Patrol agents' union on Wednesday endorsed Sen. John McCain (R-Ariz), an important backing in what the 79-year-old senator said could be "the race of my life" against his Democratic challenger, Rep. Ann Kirkpatrick.

"Senator McCain understands the challenges we face out in the field," Judd said in a statement.