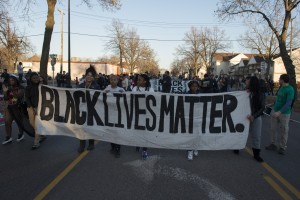 The Black Lives Matter movement this week announced it has adopted a 10-point platform that includes a call to end all deportations. It could be a game changer.

Black Lives Matter, which started as a hashtag in 2013, has quickly evolved into a leading civil rights movement that until this week has mainly focused on policing issues that affect the black community. But on Monday the movement adopted a more comprehensive platform developed by the Movement for Black Lives, which has a list of demands, including a call for an “end to the war on Black immigrants.”

Specifically, the group is calling for an end to immigration raids, a halt to deportations and assurances that all immigrants have access to an attorney before going before an immigration judge.