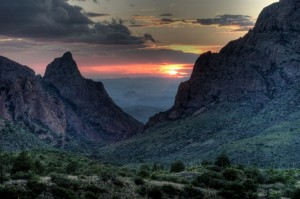 Pete Gallego’s going green in a bid to reclaim the purple district for Democrats.

So when Hurd posted a video last month espousing the virtues of Big Bend National Park, his opponent, Pete Gallego, a Democrat who represented the district for one term before Hurd, took notice. Gallego’s campaign posted a cheeky attack ad on Facebook in response.

“Yeah, we think Big Bend is indeed awesome,” the ad reads in big block letters. “That’s why we oppose Rep. Hurd’s bill that would destroy the Big Bend … Let’s elect a leader who will *actually* protect the Big Bend.