Ahead of a possible Trump wall, a look at one US border town 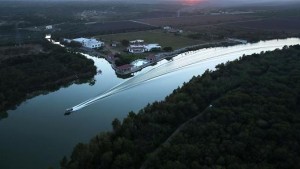 In the McAllen, Texas, region, trade and jobs are thriving.

Donald Trump wants to deport millions of immigrants and erect a wall, funded by Mexico, along the southern border.

But people have been doing cross-border trade for decades along the Rio Grande River in the Southwest. And if there were such a wall, what would happen to local U.S. economies just north of Mexico?

For some insight, the McAllen, Texas region is a good place to start, with an area population of roughly 831,000 and growing. McAllen's economic fate is tethered to the Mexican city of Reynosa to the south.