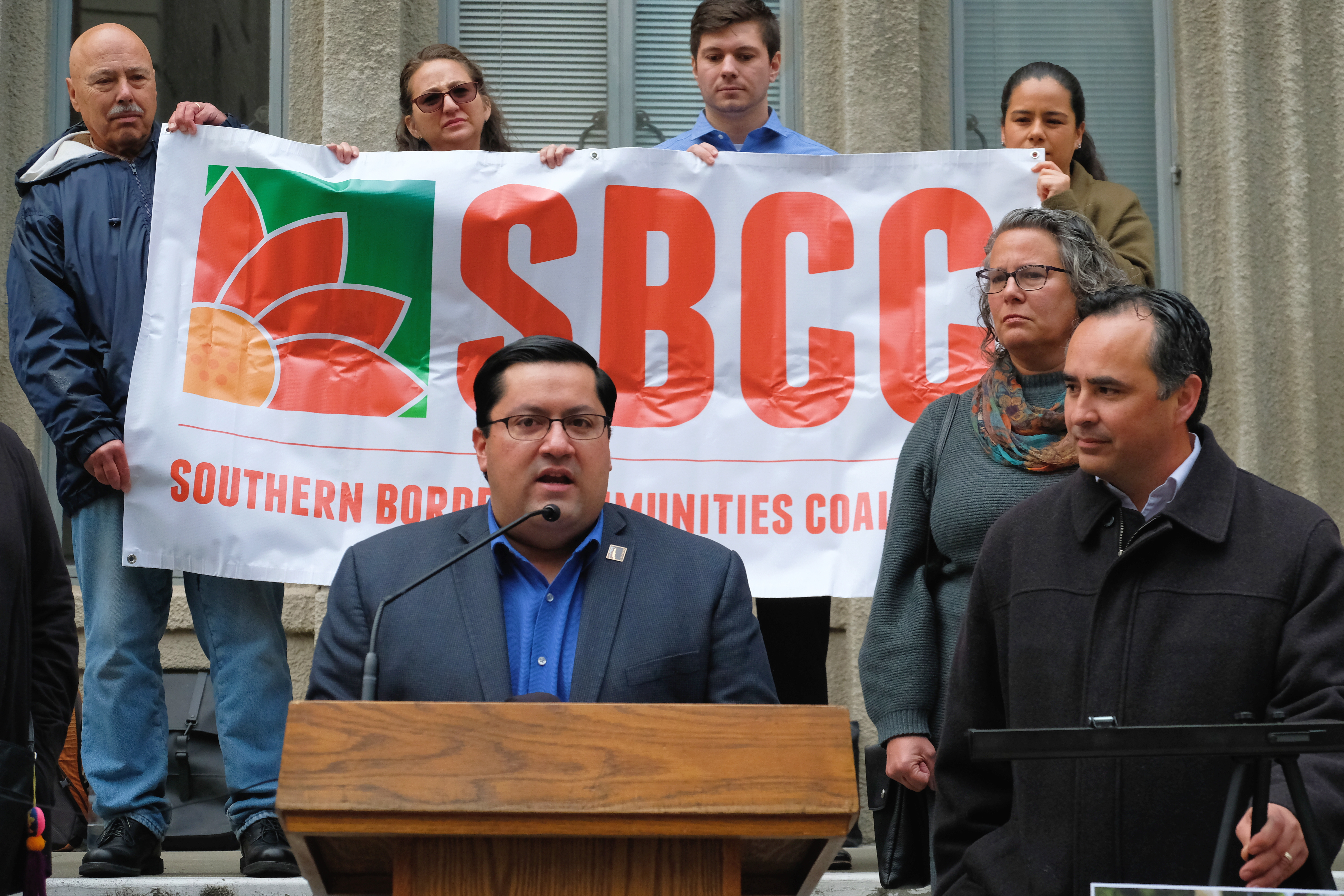 This historic vote affirms Berkeley’s legacy as a city that has long led the fight for human rights, and is an important first step toward protecting Berkeley’s most vulnerable communities from inhumane and wrongheaded border policies that violate human rights, separate families and make every resident a potential victim to the widespread abuse and corruption of federal border agents.

The vote comes a day before the one-year anniversary of the implementation of the Migrant Protection Protocols (MPP), or “remain in Mexico,” in which over 50,000 migrants were turned away from U.S. borders, and required to await decisions on their asylum cases in Mexico. As a result of the MPP, over 300 children have been separated from their families and entered the country alone, and those who have been forced to remain in Mexico have experienced targeted violence, a lack of shelter and basic resources, and difficulties accessing the attorneys representing their cases.

As a city within 100 miles of a coastal border, Berkeley is a border city, and calls for border policy that expands public safety, protects human rights, and welcomes all people at our borders.

“Berkeley was the first city to become a sanctuary city in 1971, a status we reaffirmed in 2017 in response to increasingly hostile rhetoric against the immigrant community. Residents of Berkeley deserve to live in safe and thriving communities where everyone is treated with dignity and respect, and embracing a New Border Vision is an opportunity to make sure those safe and thriving communities become a reality.

I thank the Berkeley Unified School District Board of Education and the Berkeley City Council for standing with me to support border policy for the 21st century, and for sending a clear message that the people of our city deserve a say in their future.”

“We are proud that we are the first school district to endorse the New Border Vision reflected in this resolution as it is consistent with our values and our actions. As the resolution indicates, Berkeley Unified has been at the forefront of public school districts who have acted to protect members of our immigrant and undocumented communities in a number of ways, both long before and immediately after the election of our current president. The principles imbedded in the resolution are core to us and we are mindful that every child, regardless of immigration status, has equal access to our schools and all they have to offer. We don’t ask. We don’t care. We are committed to equity and education for all.”

“Our job as educators is to protect our children, and provide an environment of welcoming, safety and dignity. This is how we can ensure their success. A New Border Vision moves beyond the wrongheaded and misguided border policies that endanger our communities, and provides a path to develop policies and platforms that expand public safety, protect human rights, and welcome all people to our region and our nation.”

“We applaud Berkeley City Council and the Berkeley school board for their support of A New Border Vision. The way we treat the people who come to our borders sets the tone for how we treat the people in our country. A New Border Vision calls for border policies that reflect the values of welcoming, opportunity and diversity that border communities hold dear, and upholds the inalienable rights our nation was founded upon.

We urge elected officials and community leaders across the country to use this vision as a beacon, and develop policies and platforms that expand public safety, protect human rights, and welcome all people to our region and our nation.”

“As a law student, I was disturbed to learn that federal border authorities, employing a McCarthy-era law, claim the power to stop, interrogate, and search anyone on the streets of Berkeley without a warrant. This is a serious threat to rule-of-law values. A New Border Vision puts us back on track by demanding respect for our human rights and civil liberties, calling attention to the corruption and impunity of border authorities, and shifting the border narrative away from security at all costs and toward good governance. I am grateful for the City of Berkeley leading the way. ”

“Throughout our history, the City of Berkeley has been a beacon of justice and has long led the fight for human rights. The City Council’s support of A New Border Vision continues in the rich moral legacy of our city, to move away from corrupt and misguided policies, and work towards envisioning border policy that is reflective of our nation’s values.”