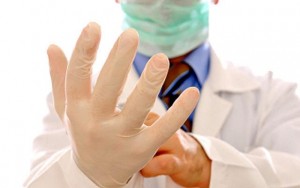 PHOENIX -- A U.S. citizen is suing the federal government after she said she was taken in handcuffs by border offices to a Nogales hospital for a body cavity search -- which found nothing -- and then billed for the procedure.

Ashley Cervantes says in her lawsuit that she had crossed into Mexico on a Saturday morning in October 2014 to have breakfast at a restaurant where she often eats. On returning, she presented border officials with her birth certificate and state identification card.

Attorney Brian Marchetti said they accused the woman, 18 at the time, of possessing drugs. When she denied that was true, they took her into a detention room where, during the next several hours, she was handcuffed to a chair, had several dogs sniff her, and eventually taken into a separate room where she was patted down and asked to squat so female investigators could visually inspect her.