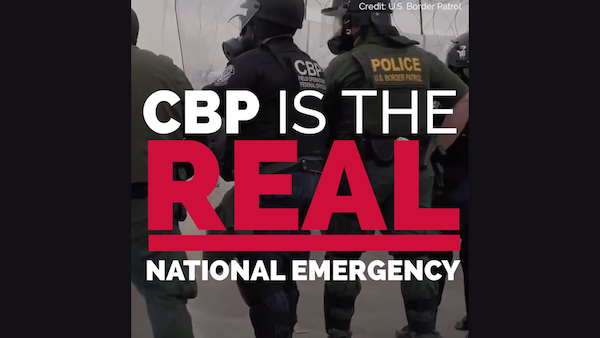 The southern border region, home to 15 million people, is a place of encounter, hope, and opportunity. Yet over the last few decades, increased border militarization has undermined our values and affected our quality of life.

The U.S. Customs and Border Protection (CBP), which includes the Border Patrol, is the largest law enforcement agency in the country. They are the tip of the border militarization spear. Unlike other federal agencies, its officers benefit from extraordinary powers they regularly assert to stop and frisk people and racially profile border residents, among other things.

Now Trump wants to hire more of border agents and build his deadly, harmful and wasteful wall.  He’s even thinking of declaring a national emergency about it. But if there is something we have learned, it is that CBP and Border Patrol Are The REAL National Emergency.