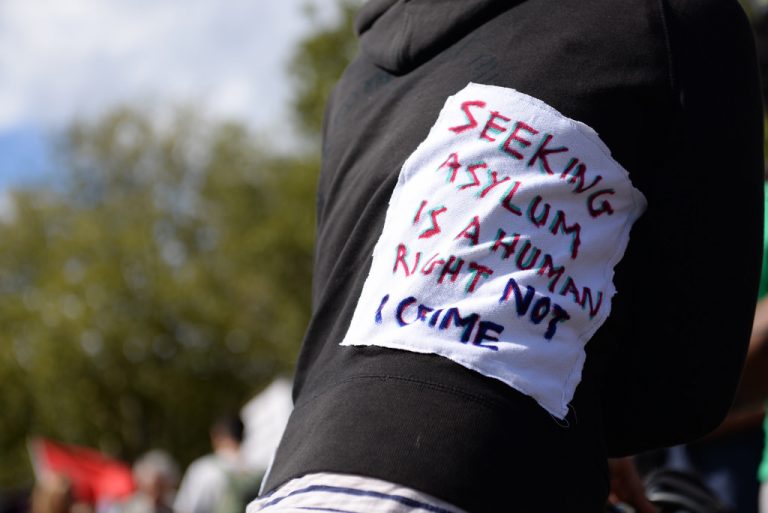 By Joshua Partlow
Several weeks ago, a former Guatemalan police officer walked up to U.S. private ­security guards at the border crossing here and asked for asylum in the United States.

“I am fleeing my country,” the policeman later recalled telling the guards, explaining that he had survived two attempts on his life. “I am being persecuted in a matter of life and death.”

The policeman said he was told he needed to see Mexican immigration authorities, who would put him on a waiting list to make his case to U.S. officials. But Mexican authorities refused to add him to the list, the policeman said, and he has been stuck in northern Mexico.