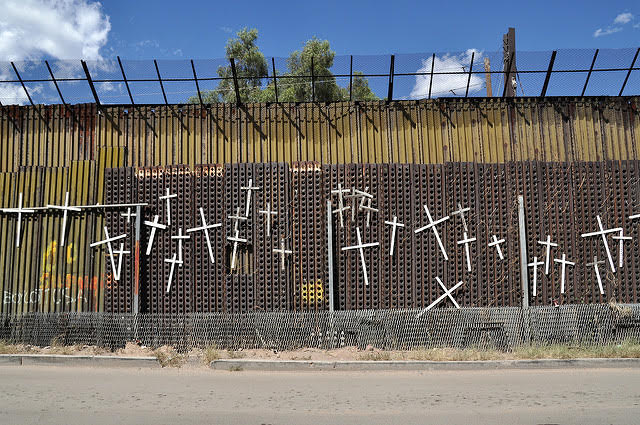 SOUTHERN BORDER -- Today, President Trump resorted to a familiar theme of demonizing families and children seeking safety, threatening to hold them indefinitely in detention, and potentially deploying more troops to southern border communities than are stationed in 160 countries combined.

His speech was a preview to an upcoming executive order next week which might block families from requesting asylum. It was his administration’s latest move to stoke irrational fear of families seeking safety before the midterm elections, and to create a false “crisis” at the southern border to justify funding his harmful wall leading up to Dec. 7 appropriation fight in Congress.

Despite President Trump’s efforts to vilify families with children for political gain, a recent poll by Change Research found that 70% of voters support families’ right to seek safety from persecution. Similarly, the poll found that 66% of voters oppose Trump’s deadly wall.

“Trump’s attempt to turn these desperate families and their children into political pawns in the name of his unnecessary and harmful wall betrays the nation’s sacred promise to treat people humanely in their time of need. The fact is the public overwhelmingly supports allowing asylum seekers the opportunity to have their cases heard, and the majority oppose his vanity wall.

Instead of spewing anti-immigrant rhetoric and racist dog whistles, we need to find ways to address the root causes of the forced displacement of people. Separating and incarcerating arriving families with children who seek protection from life-threatening situations is cruel, and goes against our nation’s core values of compassion, dignity and respect. The southern border should be a place of encounter, opportunity and hope -- not a place of confrontation, hate, and out-of-control militarization.”