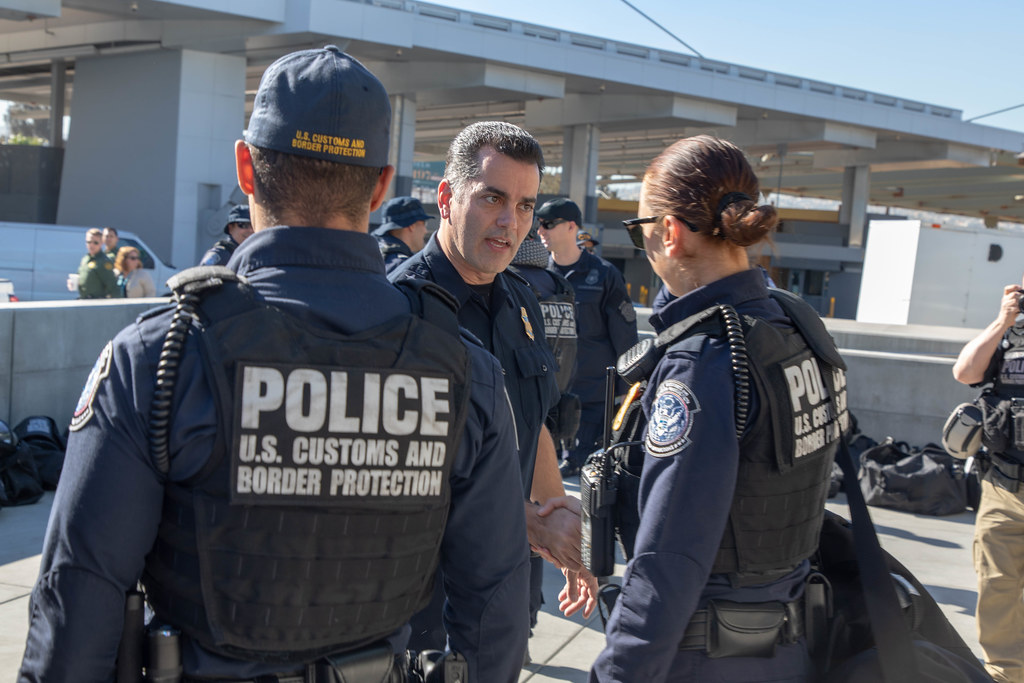 SOUTHERN BORDER — On January 31, the Trump Administration granted U.S. Customs and Border Protection (CBP) special privileges and exemptions that further exacerbate the agency’s lack of transparency and culture of abuse and impunity.

The new “security agency” designation puts CBP — the largest law enforcement agency in the nation — on par with agencies like the FBI and Secret Service, and exempts all CBP employee names from Freedom of Information Act requests or other public disclosures. What is of grave concern is that unlike the FBI and Secret Service, CBP has “powers without warrant” that agents assert gives them the power to stop, interrogate, and search people inside the country indiscriminately. That is a power that exceeds any powers given to any other law enforcement agency in the country. The addition of a “security agency” designation for an agency that already operates outside of the Constitution, presents a tremendous danger to the country.

Trump gave CBP these new special privileges only days after Border Patrol Supervisor Michael William Barends was arrested on charges of sexually assaulting a child. Brandon Judd, the president of the Border Patrol Union, said the agency's culture might have been a factor in this incident. He stated about the charges: “Until there is an attitude of accountability within this agency, I think we can expect to see this.”

Since its creation, the Southern Border Communities Coalition (SBCC) has called for more transparency from CBP, and for the agency to be held accountable for its abuses of power, including detaining children in squalid conditions, and for the deaths of over 100 people at the hands of border agents.

“This new security designation for U.S. Customs and Border Protection (CBP) will only lead to more opacity, further enabling corruption and the culture of death and abuse that runs rampant throughout the agency. Border agents who cage children and toddlers in deadly conditions, and who abuse the people that come to our doors seeking safety can now hide under further veils of secrecy.

As the nation’s largest federal law enforcement agency, CBP shouldn’t be able to hide under a veil of secrecy. On the contrary, CBP needs to be reined in and held accountable for their actions to ensure that the rights and dignity of border residents—and those who travel through the region—are protected. This won’t be possible unless we move towards a New Border Vision that puts human rights and accountability first to protect our communities from inhumane and immoral border policies that affect how this nation is perceived by all.”