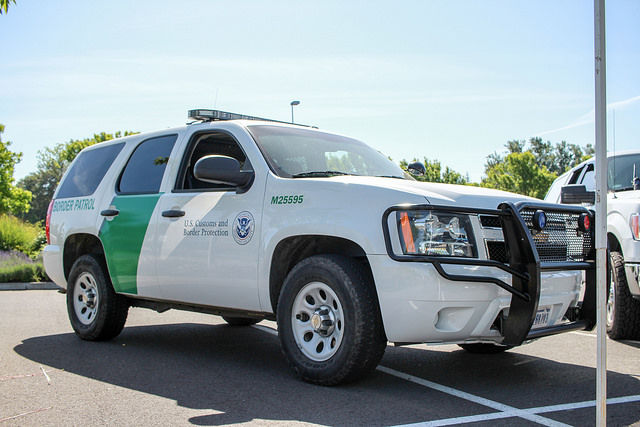 Media reports indicated last week that Trump had selected Kelly, who retired in January after more than four decades of service. He is the third general chosen for the Trump administration, following the selection of Lt. Gen. Michael Flynn as national security adviser and former Marine Corps Gen. James Mattis as defense secretary.

Trump said in a statement that Kelly is the right person to spearhead the “urgent mission” of stopping illegal immigration and securing the nation’s borders, streamlining the Transportation Security Administration and improving coordination between the country’s intelligence and law enforcement agencies.

“With Gen. Kelly at the helm of DHS, the American people will have a leader committed to our safety as well as one who will work hand-in-hand with America's rank-and-file TSA, [Immigration and Customs Enforcement] and Border Patrol officers,” Trump said.

Not everyone, however, sees Kelly’s military service as an asset for the position.

Fernando Garcia, founding director of the Border Network for Human Rights, told Law360 on Monday that he is very concerned about what a general will do with border law and immigration law since these are civilian institutions and civilian law.

“I think generals in the military are prepared in war strategies and I don’t believe that is what we need at the border,” he said.

Christian Ramírez, director of the Southern Border Communities Coalition, said in a statement on Thursday that Kelly’s nomination “is a deeply troubling signal to border communities and the nation,” saying militarized police forces have no place in a democratic society.

Border communities, he said, are not war zones where military-style enforcement takes precedence over the rights enshrined in the Constitution.

“Placing a military general at the head of the civilian department that oversees Customs and Border Protection is a deeply troubling indication of increased militarization of the border region,” Ramirez said. “CBP, the largest law enforcement agency in the country, already operates with minimal transparency, accountability, and oversight mechanisms. We urge our elected officials to uphold their obligation to defend and protect the Constitution of the United States of America and deeply consider long-standing concerns regarding the impact of having military leaders in control of civilian institutions.”

Roger Dow, the president and CEO of the U.S. Travel Association, conversely praised the announcement on Monday, saying the nonprofit organization looks forward to working with Kelly “on smart, effective measures” to protect the country's citizens and travelers.

"The U.S. Travel Association stands ready to be a constructive partner to Gen. Kelly on matters such as streamlining Transportation Security Administration operations and improving the entry experience for all legitimate travelers crossing through Customs and Border Protection checkpoints,” Dow said. “We are also more than happy to advise Gen. Kelly on the effectiveness of the Visa Waiver Program, the need to expand trusted traveler programs like TSA PreCheck and Global Entry, and the value of adding Customs Preclearance locations — all of which are vital to national security, in addition to travel efficiency."

Kelly previously led the U.S. Southern Command, which handles U.S. military activity in the Caribbean and Latin America, and has raised alarms about border security. In testimony to the Senate Armed Services Committee in 2015, Kelly said he was worried that smuggling networks are “a vulnerability that terrorists could seek to exploit.”

The retired general was also tasked with overseeing Guantánamo Bay, and according to a 2014 report in The Washington Post, Kelly defended the practice of force-feeding and claimed detainees were well-treated. Kelly has faced personal loss due to military action, as his son, Robert Kelly, died while serving in Afghanistan in 2010.

As the head of DHS, Kelly would oversee three major agencies impacting immigration: U.S. Citizenship and Immigration Services, U.S. Customs and Border Patrol and U.S. Immigration and Customs Enforcement. There’s no word yet on who will lead those agencies, and it’s unclear whether Kansas Secretary of State Kris Kobach — an immigration hardliner who appeared to be in the running for the DHS top post — is being considered for other positions.

On Thursday, the Trump transition team confirmed that Andrew Puzder, the chief executive of the company that operates fast food chains Hardee’s and Carl’s Jr. and a former attorney atLewis Brisbois Bisgaard & Smith LLP and Stradling Yocca Carlson & Rauth PC, has been tapped by Trump to lead the U.S. Department of Labor.

And on Friday, media reports indicated that Trump is expected to nominate Rep. Cathy McMorris Rodgers, R-Wash., a longtime supporter of energy development and the highest-ranking Republican woman in Congress, as head of the U.S. Department of the Interior.

This article was originally published on Law 360.