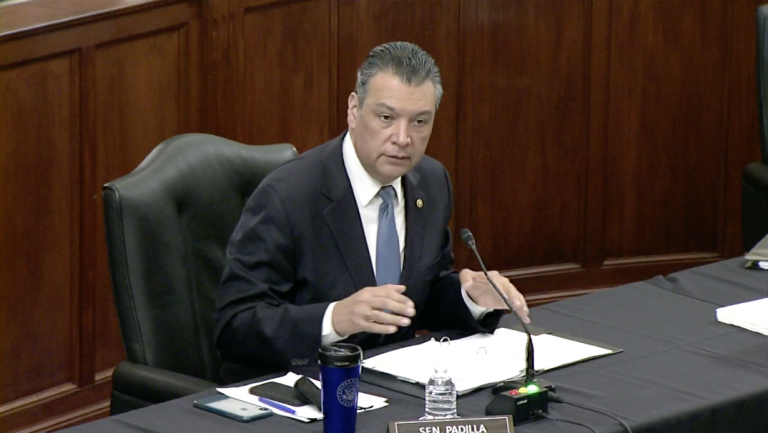 SOUTHERN BORDER — U.S. Senator Alex Padilla (D-Calif.), a member of the Senate Judiciary Committee, introduced S. 2103 The Accountability for Federal Law Enforcement Act, which, if passed, will allow individuals to sue federal law enforcement officers and agencies if they have experienced civil and constitutional rights violations.

Currently, people do not have the same statutory right to bring suit against a federal officer as they do to bring suit with state and local officers. Statutes only allow people to enforce their constitutional and civil rights against local or state officers. (See 42 U.S.C. 1983.) Although the courts have granted people a limited implied right to sue federal officers, it is not enough – without a statutory right, individuals have little to no remedies to enforce their rights in a civil court.

A good example of why the law is needed is the case of Hernandez v. Mesa, which was decided on by the Supreme Court in 2020. The case involved a cross-border shooting by an agent who killed Sergio Adrián Hernández Güereca, a teenage boy who was playing on the Mexican side of the canal that separates El Paso, Texas, and Ciudad Juárez, México. The family tried to bring a claim under an implied right of action, but the court found that the implied right under the Bivens line of cases does not extend to a cross-border shooting, so the family was left without a remedy.

Notably, the Supreme Court in that case left it to Congress to create a statutory right. In response, Senator Padilla has introduced a bill that would do just that.

“While we know that there is room for improvement in holding state and local police accountable for civil and constitutional violations, there is no law in place that allows us to even bring a civil suit against a federal law enforcement official for a violation of rights. If this law passes, people harmed by federal officers will not only have their day in court, but federal law enforcement officials will be held to the highest standards of professionalism and accountability.”