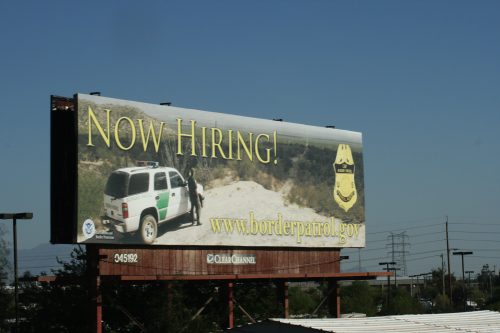 “The flow of undocumented people to the United States has been low for several years, and the recent declines in apprehensions are consistent with this overall downward trend. What the new data does show is that the Trump Administration’s plan to hire an additional 15,000 Customs and Border Protection (CBP) and Immigration and Customs Enforcement (ICE) agents is not only misguided, it’s unjustified. CBP is already the largest law enforcement agency in the country. It has a deeply ingrained culture of violence and operates with minimal oversight and accountability, leading to abuses and death. Throwing more resources at this agency is a waste of taxpayer dollars and widens the gap of mistrust between communities and law enforcement. We should revitalize our border communities by investing in much-needed roads, bridges and schools, rather than further militarize them with excessive border enforcement that compromises the quality of life of the millions of people who live here.”