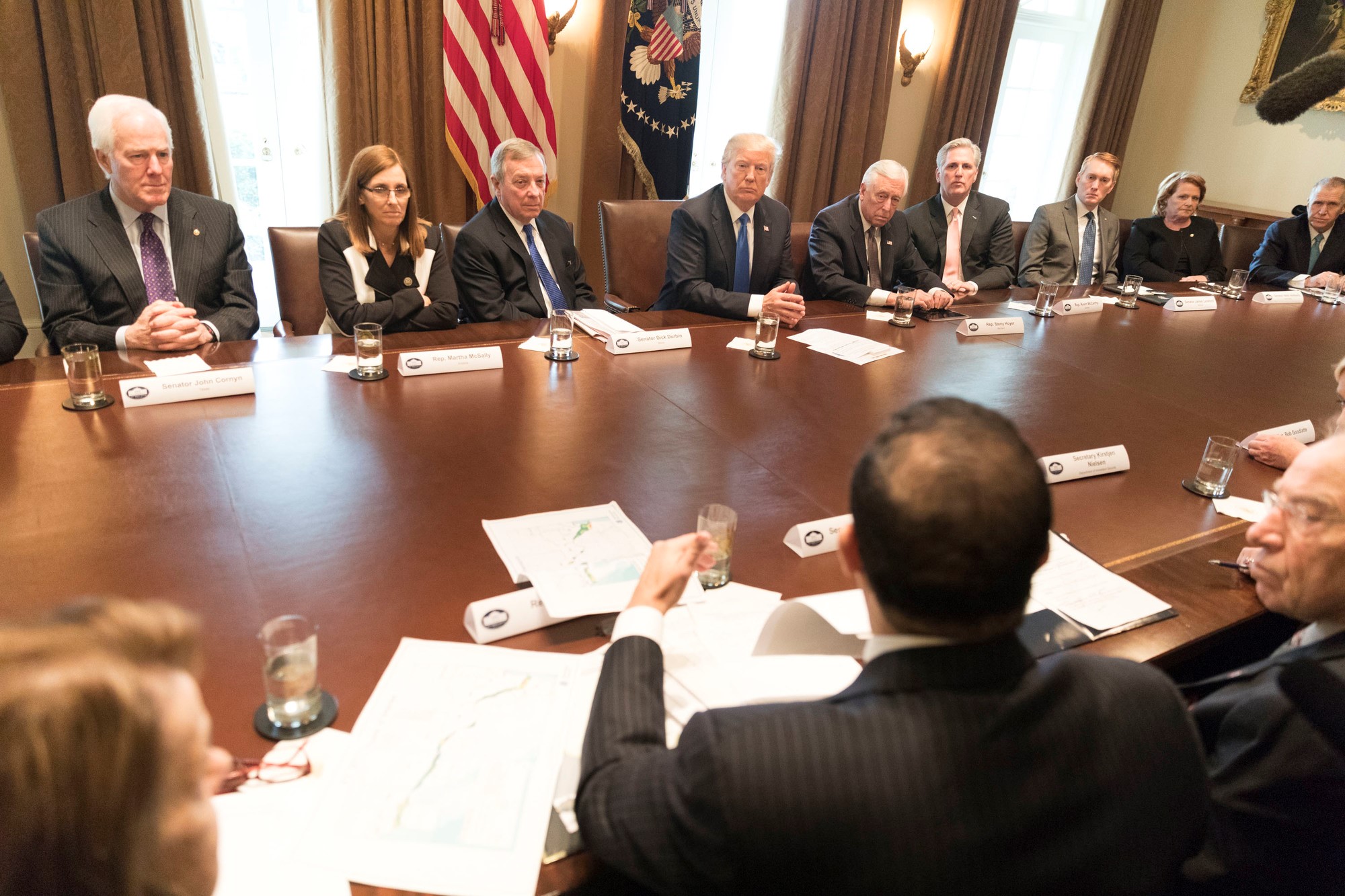 Instead of Protecting Dreamers, Congress Talks About a Harmful Border Wall

SOUTHERN BORDER/WASHINGTON, DC -- In yet another sign of chronic dysfunction, the Trump Administration and Congressional leaders have failed again to protect Dreamers and act responsibly in the border region.

By voting for a three-week continuing resolution, Congress kicks the can down the road and continues to irresponsibly govern from crisis to crisis. A “promise” to deal with this issue in the future only means thousands more Dreamers will fall out of status, losing their ability to work and opening them up to immediate detention and deportation, especially in the militarized border region where one in five Dreamers live and where the deportation force, which includes Border Patrol in our communities, often outnumbers the local police.

Instead of looking for an urgent solution to this crisis created by the president, Congress continues to talk about building a harmful border wall. People should not be bargaining chips for a poorly thought out wall that itself hurts people. The wall exacerbates flooding and has already killed people in Arizona and caused millions of dollars in damage; the wall draws resources away from what we desperately need to revitalize our communities -- schools, roads, infrastructure, health clinics -- and in some parts of the border the wall literally cuts people off from their own land, from emergency services, and from the neighborhood they live in.

Congress has an obligation to govern, not play politics with the lives of people. Bipartisan proposals have been presented and debated and yet Congressional leaders on both sides of the aisle have failed to act. They have bipartisan proposals in front of them that the majority of the American people support. It’s time for leadership to bring them to a vote.

“Today, congressional leaders have ignored the crisis facing Dreamers and chosen to keep them in harm’s way. Congress has an obligation to govern responsibly and to find a reasonable bipartisan solution to protect Dreamers, but instead lawmakers are talking about building a harmful border wall.

The concern about a border wall isn’t about abstract questions of how many miles or how many dollars; it’s about whether we need it, whether it’s effective, and how it would impact people, our communities, commerce, public safety and wildlife. The best way to answer these questions is do what good decision makers do: look at the data, analyze it, consult with experts and stakeholders, and follow the rule of law.

We call on Congress to listen to our communities and to do the job we have sent them to Washington to do. Southern border communities will continue to fight to protect Dreamers and the 15 million people that call the borderlands home. Our fight is more urgent today, than ever before.”