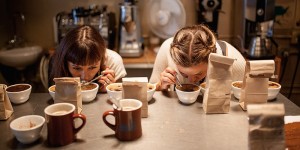 Seattle may still be king when it comes to coffee, but San Diego isn't too far behind in the latest ranking of the best cities for java fanatics.

The website SmartAsset last week named San Diego as the sixth best coffee city in the U.S. Seattle took the top spot and was followed by New Orleans, Portland, San Francisco and Oakland.