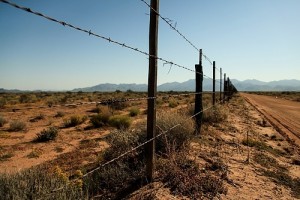 Republican Party officials drafting the GOP platform have voted to include presumptive nominee Donald Trump’s plans to build a wall along the U.S.-Mexico border, less than a week before the party’s convention.

The platform, if approved, will support a wall that covers “the entirety of the Southern Border and must be sufficient to stop both vehicular and pedestrian traffic,” according to The Hill.

The proposal faces a vote by the full RNC next week in Cleveland before it is formally adopted, Politico notes. But the language approved on Tuesday drew no opposition.