President Obama: Castner Connects The Past And Future 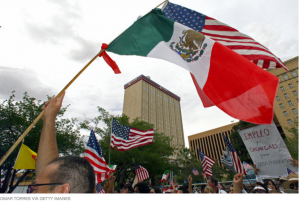 If you ask El Pasoans and Juarenses how they view the U.S.-Mexico border between El Paso, Texas and Ciudad Juarez, Mexico, they will say the same thing: the separation between the two cities is more or less a fiction. And as the mayors that represent these two cities, we agree.

It is this same message of inclusiveness that has connected our two communities, well before they were divided into two states. El Paso Del Norte, with one half in Ciudad Juarez and the other half in El Paso, is about celebrating our beautiful region.