Our Border Policies Are As Dangerous To Migrants As Smugglers 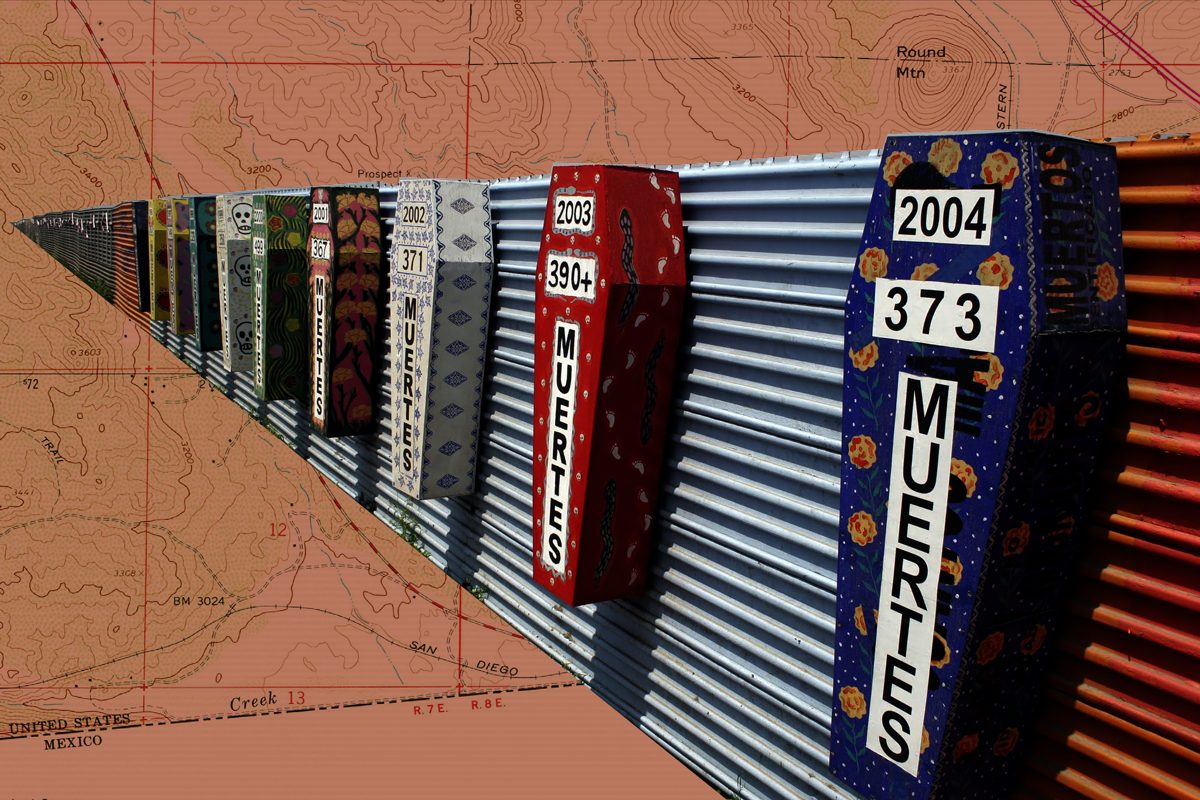 Recently, a baby drowned and three others were feared dead after their raft capsized in the Rio Grande River, which marks the border between Texas and Mexico. Their deaths are the latest in the more than 7,000 migrants who have died at our nation’s southern border.

Border Patrol is quick to point out that smugglers are the ones responsible because they endanger migrants by leading them into dangerous terrain, like deadly deserts and fast-moving rivers. As a former agent, I agree. But people should also know that enforcement-only policies like building walls and metering — limiting the amount of asylum-seekers they process at the ports of entry — are also pushing migrants to the same dangerous terrain. In other words, our border policies are as dangerous to migrants as the smugglers who take them there.

U.S. Customs and Border Protection (CBP), the agency that oversees Border Patrol, is pushing the idea that they are being overrun by families seeking safety and protection. The truth is that this administration has created this problem and has made it worse by doubling down on enforcement-only policies, including limiting the amount of people who can file asylum at the ports.

I cannot help but wonder if they had a humane and orderly process at the ports of entry like other countries do, would that family with a baby have tried to cross the river? Would that baby still be alive? These questions are worth asking.

The Trump Administration and those enforcing his policies are responsible for these deaths as well.

Policies like metering and forcing families to remain in Mexico for a month or more just to claim asylum are causing desperate people to make desperate decisions. If the smugglers can be held accountable when they cross families through these dangerous areas, then so should those implementing and enforcing these policies that drive them to these areas.

Hardly a day goes by without a press release from these agencies claiming they are being overrun by migrants crossing the border illegally when in fact migrant families are trying to turn themselves in while legally requesting asylum. Large groups of Central Americans seeking asylum have been encountered in Arizona and Texas. Recently, Border Patrol Chief Carla Provost testified that her agents cannot handle the scheme that they have helped create. The picture the Border Patrol paints is one of chaos and confusion, but they purposely fail to admit that it is of their own creation.

The death and desperation we are seeing on the border right now is the intended outcome of these wrongheaded policies. To claim that this administration and CBP are heroes and humanitarians (as their press releases profess) for implementing and enforcing these deadly policies strains credulity when one considers that these are the same people who eagerly separated families. I have no doubt that the chaos is the intended outcome to get Congress to release more funds to further militarize the border, to demand more detention space, to build Trump’s vanity wall.

The public and the media are being misled. There is no meaningful attempt at saving lives or making the United States safer. This is simply a political ploy meant to give Trump whatever he wants, and CBP is shamelessly willing to do it. I can therefore only conclude that we need to defund CBP, not give it anymore money to enforce policies that lead people to their deaths. Sadly, this self-made humanitarian crisis will continue. Using law enforcement to solve a humanitarian need will never work.