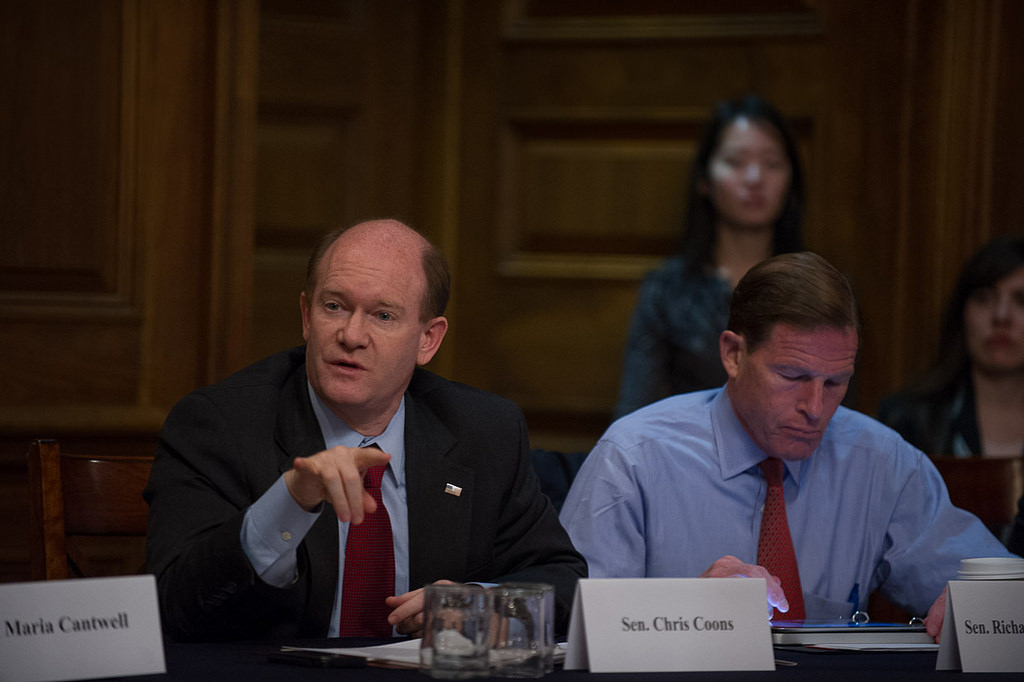 SOUTHERN BORDER -- Sens. John McCain (R-AZ) and Chris Coons (D-DE) announced today a narrow and bipartisan bill that gives Dreamers a path to citizenship while implementing data-driven border enforcement provisions that include consultation with local stakeholders. The bill is a companion to the Uniting and Securing America (USA) Act in the House, which was written and introduced in a bipartisan way by Reps. Will Hurd (R-Texas) and Pete Aguilar (D-California).

“Just like its companion bill in the House, proposed by representatives Hurd and Aguilar, the bill introduced by senators McCain and Coons is a narrow bipartisan solution that addresses the crisis created by Trump when he canceled DACA, placing Dreamers at risk of deportation. Although we do not believe any more border enforcement is needed, this bill lays out a process for assessing what, if any, additional enforcement is appropriate and does so in consultation with border communities and other stakeholders.

Over the last two decades, the United States has militarized the southern border region with little regard to its negative effects on our communities. That is why we call upon Congress to ensure that border policies are based on facts -- not fiction. The borderlands are safe, thriving, diverse and vibrant; Congress must protect the quality of life of the 15 million people who call the southern border region home.

Any bills that include border enforcement policies must be balanced and based on data, analysis, and consultation with border stakeholders. The proposal from senators McCain and Coons provides a reasonable approach to the border while at the same time providing a much-needed and urgent pathway to citizenship for Dreamers. We urge Congress to do what is best for the nation and move quickly on a bipartisan solution to protect immigrant youth without further militarizing the southern border.”