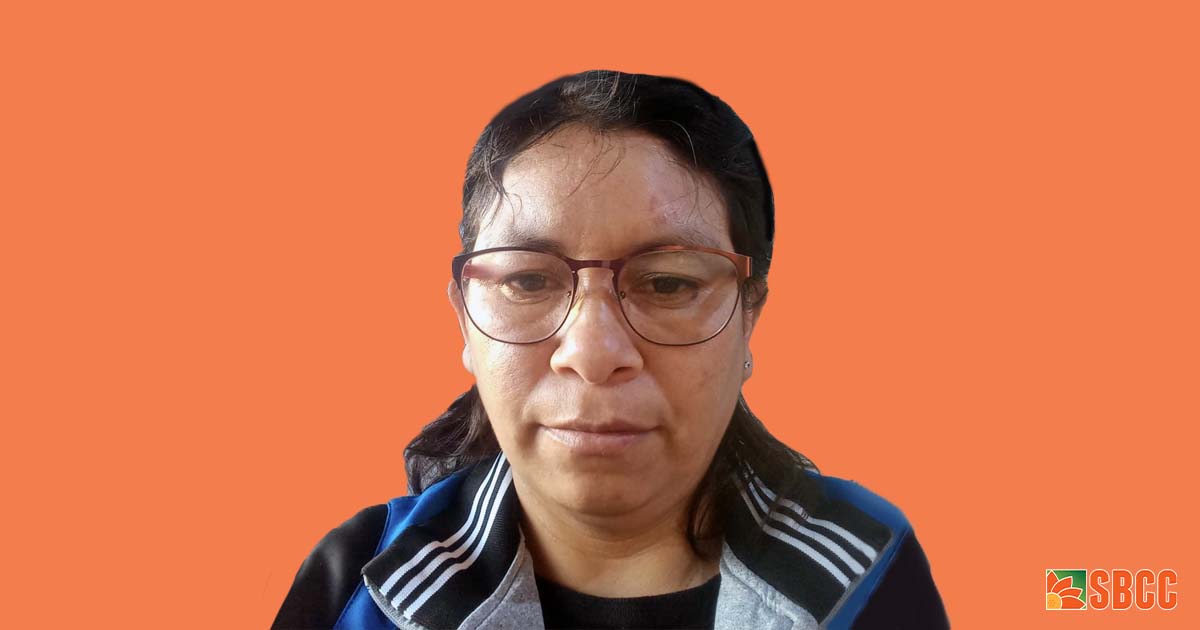 SOUTHERN BORDER, December 15, 2021 — Six months ago a Border Patrol agent shot Marisol Garcia Alcantara on June 16, 2021 in Nogales, Arizona, while she was sitting in the back seat of a vehicle that Border Patrol agents detained. Now Marisol, with the help of her attorney, is filing a Federal Torts Claim Act (FTCA) claim against the Border Patrol. Despite CBP policy prohibiting the use of firearms solely to disable a vehicle, an agent fired a bullet at the vehicle into Marisol's head. Fortunately she survived to tell her story and seek justice.

After her release from the hospital, Marisol was turned over to immigration authorities who detained her for several weeks before deporting her for not having documentation to remain in the United States. At no time did a law enforcement officer ask her about being shot. According to the Nogales Police Department incident report, the Border Patrol's Critical Incident Team (CIT) took over the incident scene, refused to share information with the police, and kept them at the perimeter to conduct traffic control. This intervention of the Border Patrol CIT is troubling in light of recent revelations that these teams have operated as shadow units within the agency to cover-up evidence and mitigate the liability of border agents.

Marisol's ability to seek justice, beginning with the filing of the FTCA claim, may be adversely affected by the actions of the CIT. Her story is not isolated. Border Patrol has been engaging in questionable use of force for decades with little to no accountability. Marisol’s case is one more reason why Congress must conduct a full investigation of these shadow units at Border Patrol, which are at the heart of impunity at the agency.

Marisol is the latest victim of a long history of violence by Border Patrol. Agents are quick to shoot and slow to take responsibility for their actions. In this case, agents should never have shot at the car. CBP policy (page 20) explicitly prohibits shooting at vehicles to stop them. The agent(s) involved should be held accountable. Border Patrol deported Marisol after shooting her, showing no humanity. Instead of making Marisol available to police investigators investigating the shooting, Border Patrol placed Marisol into a detention center for three weeks and then deported her without any acknowledgement of the shooting and without any medical support. Marisol still has the bullet fragments in her brain and is in constant danger of seizures and other conditions. Congress must take action to investigate and hold border patrol accountable.

The episode with Marisol Alcantara is an example of a double standard in the practice of enforcement on the border as opposed to what happens in the rest of the country. I want to personally thank her for her courage and willingness to come forward. She is leading the way to put a spotlight on what happened to her, but also to demonstrate the illegal practice of Border Patrol having its own interception team that is not authorized by law, not authorized by Congress, not overseen by Congress, or even the agency. Even in this instance when Marisol was shot, the Nogales police were removed from the investigative scene. Across the country, the practice is to have the local police jurisdiction investigate the incident. This abuse is not out of the norm for Homeland Security, it is a pattern that needs to be dealt with by Congress and the Biden administration. Border Patrol agents cannot be investigating themselves to the detriment of the public they encounter. I’m working with the Southern Border Communities Coalition to urge the respective committees in Congress to fully investigate these shadow units and to urge the Biden administration to make this a priority item. Congress needs to step in and do its part. These units cannot operate outside of congressional authority as it is doing now.

Marisol seeks justice. She is filing a Federal Torts Claim Act (FTCA) claim to hold the agents involved accountable for the lifelong damage they have caused. She also seeks an apology. And she seeks financial support for the condition that agents have left her in. The FTCA claim is an opportunity for CBP to do the right thing.

When I was in the van I just felt something hit my head, everything went completely dark. I could hear my companions say that they needed help because I was bleeding heavily. A few minutes later I was able to see, and they were telling me don’t fall asleep, they were asking me what my name was, how old I was. A few minutes later the ambulance arrived and took me to the hospital. There in the hospital they told me that I had a bullet in my head, that they had shot me in the head. That's how I found out what had happened. They transferred me to another hospital for the operation, only two days after the operation to remove some bullet fragments from my brain, I was transferred to a detention center, where I was held for 22 days, and then deported to Mexico. The doctors in Mexico told me that I still have fragments of bullet in my head and that I’m at risk for epileptic seizures and facial paralysis. I can’t find employment because I forget things and I get dizzy.