Man Dies After Encounter with CBP in Laredo, Texas 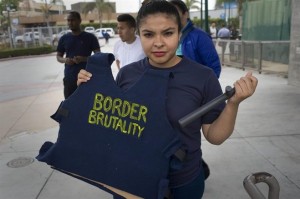 Southern Border Region - July 19, 2016 -  Last week, another life was lost during an encounter with the U.S. Customs and Border Protection (CBP) Agency. According to CBP, on July 15, 2016, Laredo Sector Border Patrol agents subdued a male in Laredo, Texas near the river. While escorting the man to the vehicle, the man became unresponsive. Laredo Emergency Medical Services arrived and transported the man to a local hospital where he was pronounced dead.

In response to this death, Christian Ramírez, Director of the Southern Border Communities Coalition, released the following statement:

"Once again, we must mourn the loss of life in our communities. We urge Customs and Border Protection to immediately launch an investigation into this tragic incident. It is imperative that CBP take immediate steps to implement accountability and oversight measures."

Since January 2010, about 50 individuals have died as a result of an encounter with CBP officials. At least 33 deaths resulted from the use of lethal force. Independent bodies including the  Police Executive Research Forum and a Homeland Security Integrity Advisory Panel have concluded that the agency must take measures to prevent the loss of life and to build the infrastructure to investigate incidents and hold agents accountable for any wrongdoing.

Equipping agents with body-worn cameras has been included as part of the recommendations to uphold the nation's largest law enforcement agency to professional policing standards.

Critical reforms are needed to effectively rebuild public confidence in the agency and ensure that CBP agents and officers respect the human and civil rights of all individuals.