LETTER TO THE BIDEN ADMINISTRATION: Haitian Migrants at the U.S.-Mexico border 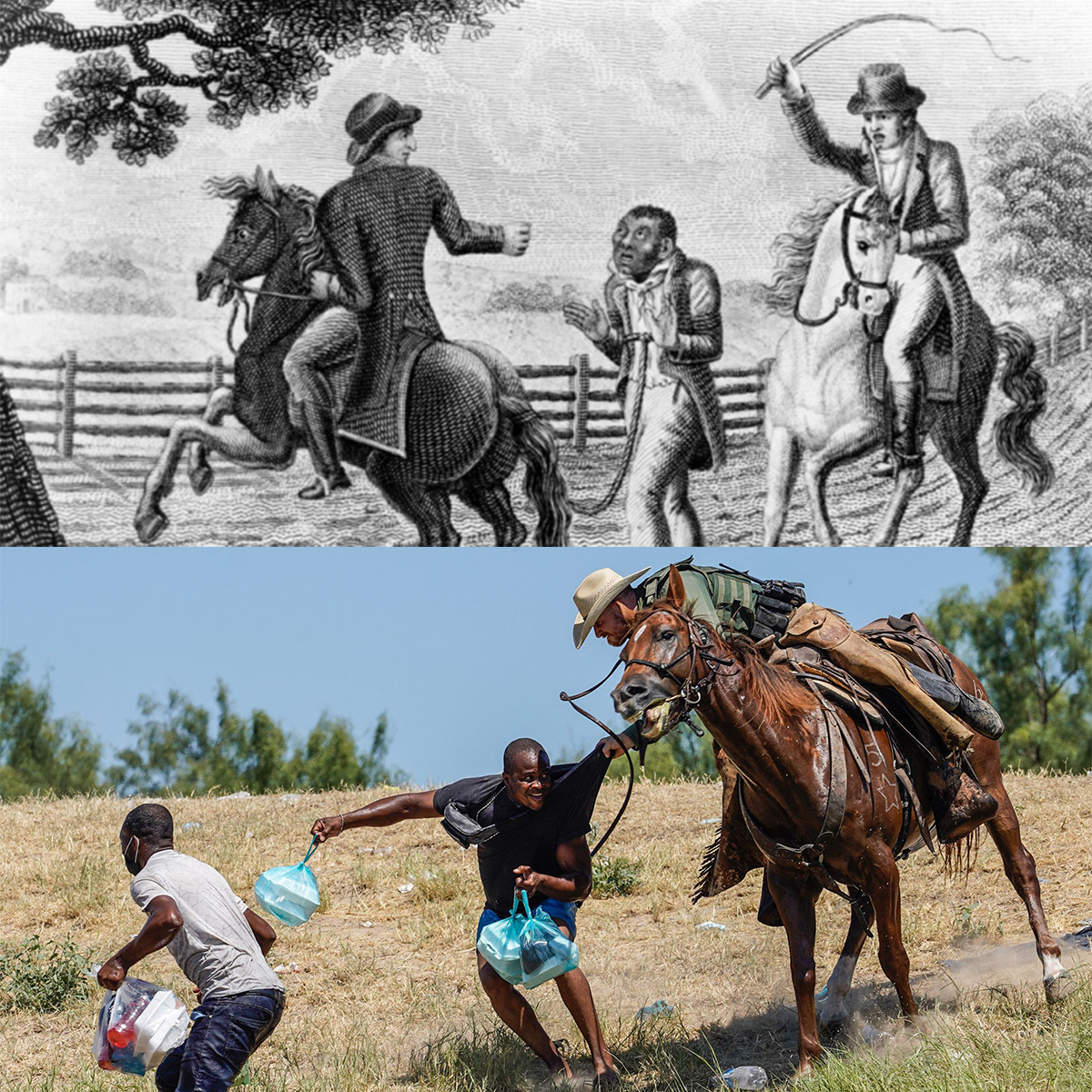 The leadership of the Southern Border Communities Coalition (SBCC) write this letter to express our repugnance and strong objections to your administration’s adoption and continuation of cruel, unethical and illegal policies that inflict more harm on those arriving to our borders seeking protection, including the gross mishandling of Haitian refugees upon arrival at the U.S.-Mexico border, and in particular near the Del Rio, Texas, port of entry.

It is unconscionable, and not at all representative of this nation’s humanitarian values, to treat people seeking safety at our doorstep with such flagrant disregard for their humanity and this nation’s human rights obligations. The images of U.S. Border Patrol agents mounted on horseback rounding up refugees evoke the racist roots of U.S. law enforcement and the lynching of Mexican and Black people. The horrific attack on human life is also part of the long legacy of anti-Black immigration policies and pattern of violence, abuse and impunity of the U.S. Border Patrol. As commander-in-chief, you must hold them accountable in every way for their actions.

We also urge the administration to halt the expulsion of individuals and families— including infants — back to danger and insecurity in Haiti, including under Title 42.

This administration’s response to our Haitian brothers and sisters is made even more appalling after the series of devastating events impacting Haiti this year. While the nation was still reeling from the assassination of their president, Jovenel Moïse, Haiti was struck by a catastrophic earthquake that killed 2,200 people and injured another 12,000, damaged or destroyed 120,000 homes, and displaced hundreds of thousands of people. This earthquake was then followed by destruction wrought by Tropical Storm Grace.

Even before these devastating events, Haiti was experiencing a high level of violence and economic instability. We were grateful in August 2021 for your administration’s provision of the opportunity to apply for a new Temporary Protected Status (TPS) to Haitians living in the United States. In the interest of humane and caring treatment for those suffering from calamitous natural events and the inability of Haiti to provide for the needs of returning Haitians, it is time to extend TPS  to those Haitians at our borders.

We implore you to promptly reverse this inhumane, unlawful and violent response to Black migrants, families and children in desperate need of safety and refuge. These are migrants who have been literally through hell, making their way through an arduous journey over land and sea. Recognizing the cycles of trauma experienced by Haitians in particular, we have provided assistance to arriving Haitians in the past and should do so again. The administration has many tools it can use in its toolbox, including issuing TPS for arriving Haitians or humanitarian parole with immigration court dates for these refugees, who can then travel to their destination in the United States where they can continue their immigration relief applications with the support of the community.

The administration is rightfully welcoming and providing resettlement resources for around 95,000 Afghan refugees since the end of our war there. We are providing safety for other people in need; sisters and brothers who we know are in jeopardy. The Haitians arriving now are also in jeopardy and we can — and must — do much more to help, rather than treat them with violence and indignity.

A humane, rights-respecting approach is possible - and must be adopted. In 2016, when Haitian migrants arrived to California ports of entry in large numbers in distress from South America, after being pushed out by economic and political conditions from their foster countries and following the catastrophic earthquake of 2010 in Haiti, the Obama administration provided Haitian migrants with humanitarian parole. Community groups provided humanitarian support to people who had survived a harrowing journey. There is no reason why the United States cannot take that approach now. We must be our better selves. To that end, we strongly urge you to stop deporting Haitians and other migrants seeking safety and to stop using Title 42 to do so.

The administration has the resources and tools to end punitive, and often lethal, enforcement-only approaches and to instead adopt a humanitarian, efficient and orderly process to welcome refugees at our border, including Haitian families. We urge the administration not to succumb to the fearmongering of groups who do not represent the welcoming values of our border communities. We also call on you to hold border agents accountable for their despicable and inhumane treatment of people.

While we are thankful the administration has called for an investigation into the conduct and aggression of Border Patrol agents against people seeking safety, much more needs to be done. The administration must deliver a transparent investigation, along with firm oversight and accountability measures to ensure such actions are never repeated again.

It is our moral imperative and our international human rights obligation to create a new way to govern our borders, one that guarantees public safety for all, ensures human rights are protected, and treats people who cross the border seeking safety with dignity.

Executive Director, AZ Justice for Our Neighbors and Co-chair, SBCC