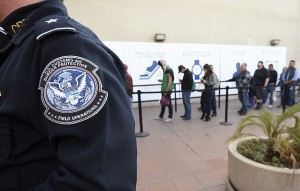 A panel of law enforcement experts found that U.S. Customs and Border Protection has made little movement on a call to sharply increase the number of agents assigned to investigate internal corruption, calling it a mistake that could lead to a major scandal if it isn't addressed more quickly.

The panel, led by New York City Police Commissioner William Bratton and former U.S. Drug Enforcement Administration chief Karen Tandy, urged the nation's largest law enforcement agency in June 2015 to more than double the number of internal affairs criminal investigators to 550 from about 200. It said the agency's 2017 budget calls for an increase of only 30 investigators, meaning it would take about a decade to fulfill the recommendation at that pace.