Killings, deaths at the border 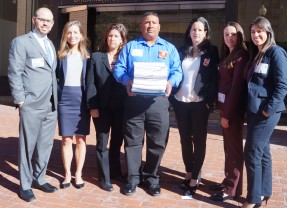 The family of a migrant from Mexico who died from injuries inflicted by border police in 2010 announced last month that they are suing the U.S. in an international case for human rights violations that their lawyer, Roxanna Altholz of the International Human Rights Law Clinic, says is the first of its kind.

Anastasio Hernandez Rojas, a 25-year resident of San Diego, was detained as he tried to reenter the country illegally from Mexico. According to law enforcement officials, Rojas resisted restraints and kicked border agents. But eyewitness video shows Rojas in handcuffs, screaming for help while on the ground surrounded by about 15 agents.