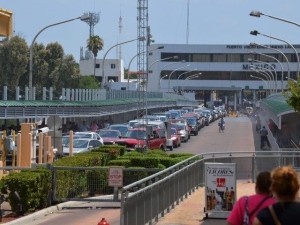 BAY CITY, Mich. (AP) — A war veteran seeking to avoid a U.S. Border Patrol assignment in Texas because of post-traumatic stress disorder has won a key ruling from a federal judge in Michigan.

Anthony Gazvoda says the culture and environment in Laredo, Texas, reminds him of his time in Afghanistan while with the Army and triggers PTSD. The 31-year-old would like to be stationed at Sault Ste. Marie, Michigan, in his native state.