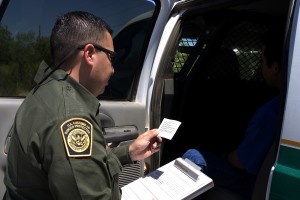 A Bangladeshi asylum seeker who arrived at the southern U.S. border was turned away after a border agent told him to seek asylum in Mexico. Another Central American asylum seeker was told by an immigration agent that he would be deported, regardless of whether he signed a statement testifying that he would be at risk of persecution or torture if he was returned to his country. And yet a third immigrant was told that it would be “better if you just ask to be deported” or “we’re going to throw you out.”

Asylum seekers and refugee have the legal right to ask for humanitarian relief either at the border or within the United States if they can prove that they have a valid reason to stay in the country. Under U.S. law, Customs and Border Protection (CBP) agents have to document that an asylum seeker or refugee expressed fear, then send that person’s file to the United States Citizenship and Immigration Services (USCIS) agency, which is responsible for assessing the fear claim, known as a credible fear determination. But researchers found that initial interviewers sometimes sent immigrants home without sending their files on to the proper immigration agencies.

It’s not the job of the Border Patrol agents to be the judge and jury here.

“It’s not the job of the Border Patrol agents to be the judge and jury here,” USCIRF Chair Thomas J. Reese, S.J., explained to ThinkProgress. “That’s part of the problem here. They’re taking on the role that’s supposed to be done later in the process by the USCIS, and even then, they’re not to make the final determination. They’re simply there to see if the fear is credible.”

Read more on this story at ThinkProgress: http://thinkprogress.org/immigration/2016/08/02/3803915/immigration-agents-asylum-claims/