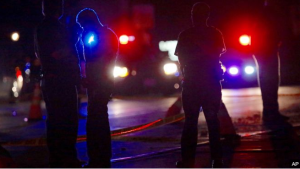 Authorities in Mississippi say they are investigating the shooting of a man by a U.S. Immigration and Customs Enforcement officer.

that the ICE officer, whom he didn't name, ordered the man to stop in English and Spanish. Bryan Cox says the ICE officer then shot the man once in the arm after the man reached into his clothing.