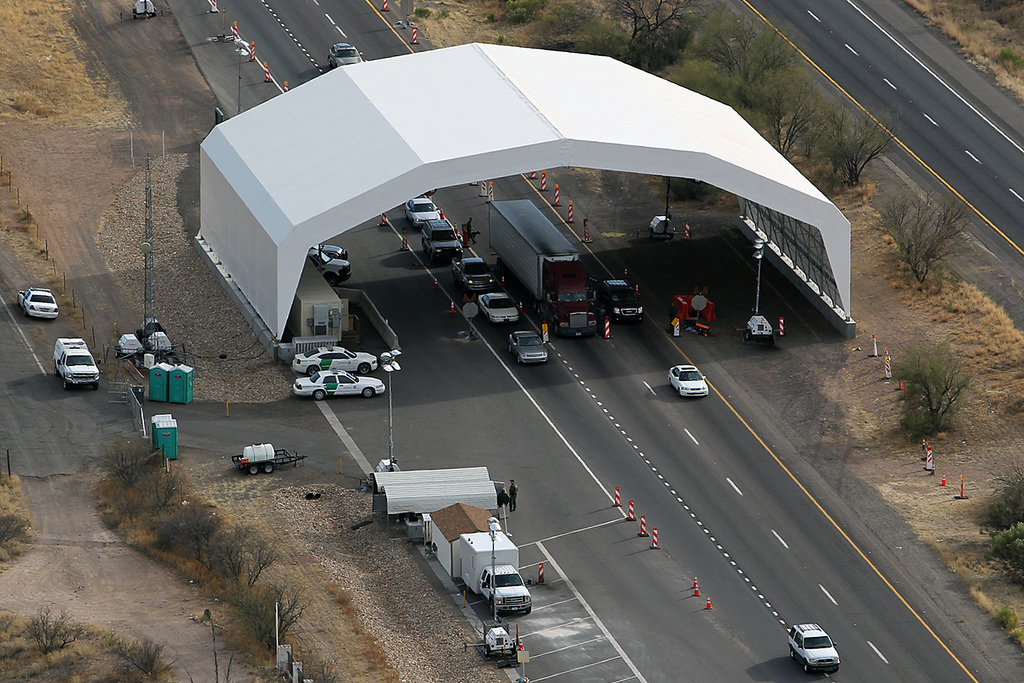 Under current law, the Border Patrol is allowed to conduct certain enforcement activities within 100 miles of the U.S-Mexico border that it isn’t permitted to in areas further interior. In fact, some have dubbed this 100 mile radius a “constitution-free zone” because of the broad authority Border Patrol exercises there.

One example of their activities in this zone is the operation of permanent and temporary interior checkpoints located on routes of egress from the border. The stated purpose of these checkpoints is to apprehend smugglers and recent entrants who were not apprehended at the border, however border residents and others contend that Border Patrol often goes too far.

Some of the issues created as a result of these checkpoints were highlighted this week in a hearing held by the House Homeland Security Committee. Lawmakers from both parties and border residents expressed concerns about the effectiveness of checkpoints and their negative impacts on border communities.

Christian Ramírez, director of the Southern Border Communities Coalition, testified about civil liberties violations that border residents frequently encounter including racial profiling, excessive force, and unlawful searches and seizures at checkpoints. He described how border residents, including children, are effectively forced to carry proof of identity and citizenship because of the existence of checkpoints in their communities. In addition, Dr. Elyse Golob, a witness who published a 2015 University of Arizona assessment of checkpoints, explained that the checkpoints create public safety issues and inconvenience for residents and may contribute to a decrease in tourism and real estate values in the border region.