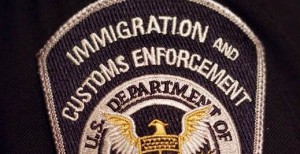 A former federal immigration officer has been found guilty of taking bribes from a Los Angeles attorney in exchange for approving immigration applications.

The 69-year-old Figueroa was also convicted of misusing the seal of the U.S. Citizenship and Immigration Services.

He faces up to 80 years in federal prison when he’s sentenced in June.

Federal prosecutors say Figueroa accepted bribes in exchange for approving immigration applications, regardless of whether the immigrants applying were entitled to benefits.